Lot For Sale in Imus, Cavite

180sqm Lot for sale in Imus Cavite near S&R Imus

2.4 Has Imus Cavite Lot for Sale

The Historical and Industrial City of Imus 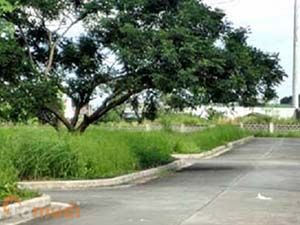 The City of Imus is the province of Cavite’s de jure capital. With over 400,000 inhabitants, Imus is a first-class component city. It was only incorporated as a city in 2012.

Imus was a site of many significant events during the Spanish period. Settled by the Spanish in the early 1600s, the then town was established as a religious center. During the Philippine Revolution against Spanish rule, two key successful battles occurred within the city: the Battle of Imus fought on September 3, 1896, and the Battle of Alapan on May 28, 1898. Imus also persevered like many of the Cavite towns during the American and Japanese occupations, and, as always, development erases the memories of the countless struggles. By 1977, Imus became the provincial capital of Cavite.

Imus is currently divided into 97 barangays. As the financial center of Cavite, Imus attracts many banks, financial institutions, and retail businesses. Its commercial/business district is located along Nueño Avenue. Aside from local companies and businesses, several foreign-owned businesses are found along the avenue. There are over a dozen malls in the city, which includes properties from the Robinsons, SM, and Puregold brands.

The city also houses two industrial parks: the Imus Informal Industrial Estate and the Anabu Hills Industrial Estate. Adding the industrial output of other manufacturing companies, the city’s industrial capitalization is over PHP 1.3 billion in value. Industrial production is diverse, from automotive and electrical products to fixtures, processed foods, crafts, and garments. 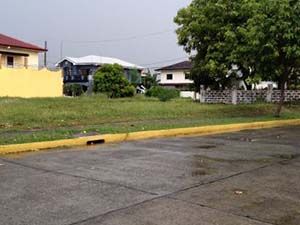 Only a town away from Metro Manila, Imus is a perfect residential city. While it is being called a home by manufacturing workers from nearby towns and cities of Cavite, Laguna, and Metro Manila, the city is excellent for those seeking for an unhurried life. Buying properties, especially lots, is easy and, of course, cheap. Lots for sale in Imus, Cavite, can be had from as cheap as PHP 500,000 to a princely PHP 5 million, depending on the size and location.

A lot for sale in Barangay Medicion 1-C is 120 square meters in size and is listed for only PHP 600,000. The lot is also subdivided with individual titles. Another lot that will not hurt the pockets, and with extra features, is found in a subdivision. Found in Barangay Anabu II-A, this property has an asking price of PHP 900,000. It is 200 square meters in size, and the amenities its community offers include a multi-purpose clubhouse, covered basketball court, tennis courts, picnic ground, pool, and playground. This property is also close to schools, shopping malls, and hospitals.

Lots that go beyond a million pesos are normally bigger, are closer to roads, or in most cases come with modern conveniences. The one in Barangay Alapan II-A is rather small, at 120 square meters, for its asking price of PHP 1.33 million; however, it is located within a resort community, which is a mere 30-minute drive from the Mall of Asia Complex.

Take another one in Barangay Anabu I-A, which is also located within a gated village. It measures 339 square meters and has an asking price of PHP 3.7 million. Buyers can enjoy the community’s first-rate amenities, such as a swimming pool, basketball court, park, gym, and the clubhouse’s function room. The community is very near SM Hypermart, a Robinsons mall, South Supermarket, and banks and schools. If one chooses a lot in Imus that is much bigger yet not very expensive, a land for sale in Barangay Anabu II-A should be the one. At PHP 5 million, it is quite a steal as it measures 1,548 square meters.

Farm lots for sale in Imus, Cavite, deserve a second look. They overflow in value given their proximity to the metro.