House and lot For Sale in Imus, Cavite

Near SM, RFO Brand New 4 Bedroom House and Lot for Sale in Cavite

Townhouse for Sale near NAIA with carpark - Lancaster New City

3 bdrm house affordable rent to own

Rent to Own House and Lot in Lancasdter New City Cavite

House and Lot for sale in Lancaster New City near Manila

Alyssa Quality Townhouse 4 Bedrooms, 3 Toilet and Bath (Rent To Own)

Move in Ready Townhouse in Parksville Residences near Mall of Asia

Living in One of Cavite’s Most Exciting Cities 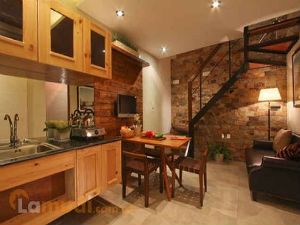 Being one of first Philippine towns that rebelled against Spain during the Philippine Revolution for Independence, Imus, Cavite is quite well known: its residents’ heroism is well documented in history textbooks, while many regard the city as the birthplace of the Philippine national flag. This former town turned city and now Cavite’s de jure capital also figured prominently in many of famous actor Ramon Revilla’s early movies, being the hometown of the Revilla clan (real name: Bautista).

Encompassing 6,670 hectares (64.70 square kilometers), Imus occupies just about 6.8 percent of Cavite Province’s land area, but what it lacks in size, it more than makes up for in number of residents. In fact, the city’s population as of the 2015 Census stands at around 403,000, making it Cavite’s third most populous component local government unit (LGU), after its neighbors Bacoor and Dasmariñas.

In fact, these three cities are often regarded as part of the Greater Manila area, all of which are considered bedroom communities being home to thousands of people who work in and commute to the capital’s business districts. As a result, the city is a popular location to search for a house and lot for sale. Imus Cavite currently has 97 barangays that are now home to countless subdivisions and gated communities.

Finding the Perfect House for Sale in Imus Cavite

Being a well-regarded bedroom community, it goes without saying that an Imus, Cavite house and lot for sale can be found in its many subdivisions, villages, and gated communities. One of the most searched for and prominent developments in recent years is Profriend’s Lancaster New City, a 1,700-hectare mixed-use development, which the city shares with the town of General Trias. Divided into two zones, Lancaster New City offers affordable single-attached houses and townhouses for sale within a community complete with schools, places of worship, and commercial areas. Lancaster New City is also touted to become one of Cavite’s upcoming business districts as BPO offices are currently in the development pipeline. Properties in Lancaster range from PHP 1.479 for a three-bedroom townhouse unit to PHP 3.54 million for a single-attached house. 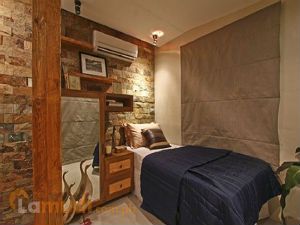 Another development where a house and lot for sale in Imus can be had is Jade Residences in Brgy. Malagasang, a project by Charles Builders Group of Companies. This project is close to the city’s poblacion area, and is also accessible from Dasmariñas via the Daang Hari Road. A two-bedroom townhouse unit in Jade Residences can be had for PHP 849,000.

Not to be outdone, Vista Land’s Camella also has its own residential project in Imus, namely Camella Bucandala. This project offers single-attached and single-detached homes and row-house units ranging in price from PHP 1.1 million to PHP 7.1 million.

These are just three of the most high-profile residential real estate projects where a house and lot for sale in Imus, Cavite can be had. As the city is often regarded as part of Metro Manila’s urban agglomeration, plenty more developments are expected to enter the city in the years to come. In addition, if plans to move Manila’s international airport to Sangley Point pushes through, coupled with the completion of the much anticipated Cavite–Laguna Expressway (CALAX), Imus will be one of the Cavite cities that should be on everybody’s list of up-and-coming real estate hotspots.