Lot and Commercial space for sale 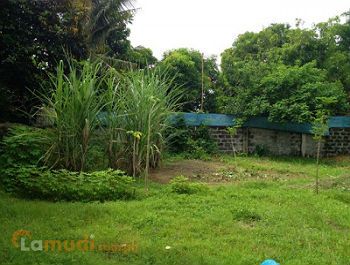 The municipality of General Trias is one of the 17 that comprise the province of Cavite. It is one of the locales in the province that is unofficially included in the conurbation of the neighboring Metro Manila since development is rapidly expanding outside of the capital region’s confines.

The continued industrialization of the municipality has led to the emergence of numerous industrial estates, including the Gateway Business Park in Javalera, and the New Cavite Industrial City in Manggahan. Although despite its rapid development, the municipality still continues to possess the rural charm associated with most of Cavite, making it the ideal residential area for many.

General Trias is comprised of 58 residential subdivisions, and out of its total area of 8,700 hectares, almost 60 percent is presently devoted to agriculture. Residential and agricultural land are what property seekers would most commonly find available in the municipality, although its rapid development has also led to the emergence of several commercial districts.

A modestly populated area, land availability in the municipality is relatively high with numerous properties currently available on the market. As an area a little less known than places like Dasmariñas, Bacoor or Tagaytay, some property finders may find the prices of lots for sale to be more favorable for them here.

Whether for residential, agricultural, or commercial use, there is a variety of land available in General Trias, making it relatively easy for property seekers to find exactly what they are looking for in the municipality. The property market of the municipality may even be a little challenging to sort through because of the number of options available.

Examples of notable properties include residential lots in the Eagle Ridge Golf and Country Club area selling for as a little under PHP 2 million. Establishing a home here grants the residents access to amenities like golf club villas, corporate lodges, and a community hall.

Lots for commercial purposes are also available, which are commonly situated along the different highways in the municipality. They are commonly valued between a little over PHP 4.6 million to as much as PHP 304 million. They are suitable for agricultural, industrial, or commercial use.