Apartment For Rent in Dasmariñas, Cavite 9.5km
Milagrosa, Carmona
Looking for Affordable Transient House? Php 2,000/ day for 22- hours Location: Block 7 Lot 17 Villa Sorteo Subdivision, Carmona Cavite 2-Storey House with 2- Bedrooms, 2 Toilet & Bath, Living Room, Kitchen. (1st  Room with Toilet & Bath & Aircon, 2nd room with fan) Complete with Kitchen Utensils & Cooking Utensils. Frequently Asked Questions What is the rate for 22- hours? - P2,000 pesos for 2-4 pax. What if we exceeded the required number of person to stay in the house? - Additional charge of P300 pesos per head For Bookings, please secure P1,000 pesos non-refundable down payment. How many people does the unit can accommodate? - Maximum of 10 pax. What are the inclusions? - free use of kitchen utensils and dining wares - 2 bedrooms with mattress - 2 bathrooms with shower & bidet - Free use of kitchen appliances such as: refrigerator, microwave oven, rice cooker, electric kettle, water dispenser and kitchen stove. - Dining set - sofa set - Smart TV with TV plus connection - Free use of Wifi - 24/7 water and electric supply - outside parking space Are children free? - Children up to 12 years old only are free of charge. What is your check-in and check-out time? - Check-in time is from 2:00 pm and the check-out is until 12:00 pm. You may request an early check-in or late check-out but subject to availability. Do you accept walk-ins? - Unfortunately, we do NOT accept walk-ins. We highly encourage guests to book their reservation to ensure accurate and efficient accommodation. Where can we park? - You can park your vehicle outside the house. Are pets allowed? - Pets are allowed in the unit but conditions would apply for maintenance purposes. Do you have a curfew? - No gate curfew hours in the subdivision. However, all guest should refrain from making loud noises, music or other forms of loud entertainment on or before 10pm. Does the unit have a Wifi network? - Yes. The unit has free use of wifi. The access code will be shared to you upon arrival. Can we drink liquor/ alcohol? - Yes. But this should only be done within the group of guests who rented the unit. Can we smoke in the unit? - Smoking inside the unit is STRICTLY prohibited. You can only smoke outside the unit premises. Are there stores/ restaurants nearby? - There are stores outside the subdivision & you can order Online food deliveries. How can we pay? - We accept bank transfer and Gcash payments. The remaining balance should be paid upon arrival. Distances from: -Karen’s Special Binalot: 3- mins. (1.0 km.) -Jollibee- Checkpoint: 3-mins. (1.0 km.) -KFC- Carmona 4-mins. (1.2 km.) -Waltermart 5-mins. (2.0 km.) -Shakey’s Pizza 6-mins. (2.2 km.) -McDo 6-mins. (2.2 km.) -Southwoods Mall 20 mins (6.5km.) -Splash Island 20 mins.(7.5 km) -Enchanted Kingdom 28 mins. (11.9 km.) -Tagaytay Rotunda 1-hr. (35.4 km) -Nuvali Sta. Rosa 36 mins. (19.9 km) What are your cancellation conditions? - Please contact our page or our Viber/ WhatsApp number to settle the cancellation of your booking. However, we would highly appreciate if you consider rebooking your stay with us. Travel Restrictions and Requirements • All guests are requested to observe sensible social distancing, hand washing practices and responsible wearing of face masks. • “NO PROOF OF VACCINE NO ENTRY” Policy. Each guest should bring their Covid-19 Vaccination Card or any proof of vaccination issued by the DOH or their respective LGUs. • All guests are required to read and respond to the Covid-19 Declaration Form Online for contact tracing purposes. Residential Property For Rent in Milagrosa, Carmona, Cavite
₱ 2,000
2
Bedrooms
2
Baths
65 m²
Floor area
View Info
Contact Agent

She Santos
MEMBER SINCE 2019
Featured
50

Apartment for Rent near Alabang

Apartment Staffhouse for Rent in Las Piñas near Alabang

11.9km
Pilar, Las Piñas
Pilar Village near SM Southmall 230k per month with 16 units The biggest advantage that living in Pilar Village for sale or rent has is its convenient location. By being in Las Piñas City, residents would be near many major centers of business, entertainment, and commercial establishments. Apartment property for rent in Pilar, Las Piñas, Metro Manila
₱ 230,000
16
Bedrooms
View Info
Contact Agent

Apartment for Rent: Dasmarinas Cavite Is Just Beyond the Metro 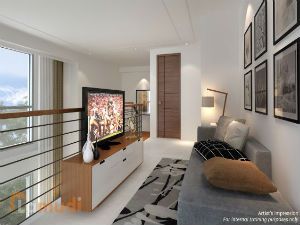 Situated approximately an hour away from the noisy hustle and bustle of Metro Manila, the component city of Dasmarinas in Cavite Province is located less than 30 kilometers south of the national capital. With a population of more than half a million, the city is the most populated in the province. The city may be landlocked, but it is not very far from the coastal towns of Rosario, Kawit, Bacoor, Noveleta, and Cavite City. The city, home to many universities, is also nicknamed the University City of Cavite.

However, before becoming the dynamic city that it is today, Dasmarinas has had a very deep history. Founded as a town in 1864, the city, which was named Tampus at that time, was originally a sprawling hacienda of the Recollects in the Philippines and in Spain. In 1866, the town was renamed Perez-Dasmariñas to honor Don Gómez Pérez Dasmariñas, the country’s seventh Governor-General. During the 1896 Revolution, the town was quick to take up arms. The revolutionaries from Cavite swiftly recaptured the towns, but later suffered a heavy defeat when the excessively armed Spaniards made their counterattack. When the Treaty of Paris was signed in 1898, Perez-Dasmariñas remained hostile. It took a few years to finally defeat every antagonistic element left in the town and in the province.

Perez-Dasmariñas flourished during the American colonial period until the 1970s with a brief period of bloodshed during the Japanese occupation. From 1983 to 1998, an economic boom allowed the town to become a first-class municipality, eventually converting into a city in 2009 after several failed proposals.

Today, Dasmarinas, Cavite is a city with a mission. It is one of the province’s fastest-growing local government units (LGUs). From an agricultural economy, it has now become highly urbanized, attracting both locals and nearby residents to the area. Many of them either choose to invest in a house and lot or stay in an apartment for rent in Dasmarinas, Cavite. Commerce is highly concentrated along P. Campos Avenue, Camerino Avenue, Emilio Aguinaldo Highway, and University Avenue, while industrial activities are found along Governor's Drive (Carmona–Ternate Road). Eco-tourism is also undergoing a boom, as Dasmarinas is right in between Laguna de Bay and the scenic Tagaytay with its world-famous Taal Lake and other must-see destinations. Accessibility to both Aguinaldo Highway and Governor’s Drive makes the city a stopover for local and foreign tourists traveling to Tagaytay and Batangas from Metro Manila, as well as to Laguna from the towns on the west of Cavite. The city has welcomed this boost in tourism with open arms, offering many decent places to stay, if only for a few nights, such as a transient room or an apartment for rent in Dasmarinas, Cavite.

A family or tour group can stopover at the mini-Jurassic Park-like Kadiwa Park located along Congressional Road at the heart of the city. Visitors from nearby towns and provinces can visit the large park featuring sculptures and animatronics of dinosaurs and other animals. Then there is KidzWorld, a premier educational, entertainment, and adventure club resort designed primarily for children and young adults, although full membership is required to fully enjoy its remarkable amenities.

Within the De La Salle University campus in the city, one can see the Museo De La Salle, a cultural and cross-disciplinary institution serving as a permanent museum of the DLSU system. Students and young professionals opt to stay in a conveniently located condominium unit or an apartment for rent in Dasmarinas, Cavite to be close to these facilities. The museum is a resource center of rare collectibles and artifacts of intrinsic value for the preservation of arts and culture. One may also visit the Immaculate Concepcion Parish Church for its historical significance.

Moreover, the scenic zigzag Daño Street in Dasmarinas, Cavite offers a panoramic view of the city’s fields, becoming a bazaar during the holidays. 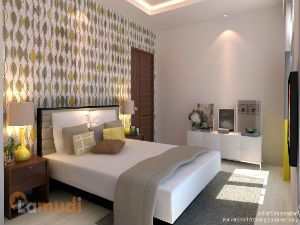 Dasmarinas has a wide variety and selection of hotels and resorts catering to local and international tourists. Your choices may include Qubo Qabana Resort and Hotel, Kalipayan and Riverside resorts, and Spring Plaza Hotel in the immediate vicinity.

For the big real estate players, the city also hosts a number of exciting residential developments, including those built by Ayala Land subsidiary Avida Land, Vista Land’s Camella, and Filinvest Land, among many others. These developments offer various options for a ready-for-occupancy apartment for rent in Dasmarinas, Cavite.

Here are some examples to give you an idea of what you can get for an apartment for rent in Dasmarinas, Cavite. In Greensborough Subdivision in Barangay Sabang, you can find a 40 square meter single-detached bungalow-style apartment. These properties can go as high as PHP 15 million, but can be potentially converted into rental apartments, earning the investor passive rental income. In addition, there are also affordable options for an apartment for rent in Dasmarinas, Cavite within Regency Executive also in Barangay Sampaloc and Southcrest Village in Barangay San Agustin, and equally affordable rent-to-own apartments in Barangay Langkaan. The prices for these properties range between a very affordable PHP 1 million and PHP 4 million.

Find Other Properties in Dasmariñas