House and lot For Sale in Molino III, Cavite

Molino III, Bacoor
Available for sale  Sofia Model with furnitures and fixtures Lot area 120 Floor area 77 3BR 2CR with parking Complete turn-over Nice location Along Bacoor Boulevard Walking distance to  Waltermart  Near Bacoor  Doctors Hospital Flood Free area Price - 7.6M Terms of Payment cash or 10% down then 90% bank financing Experience an exceptional House and Lot lifestyle at the heart of Molino III Solviento Villas is a House and Lot in Bacoor, one of the top cities in Cavite. Solviento Villas provides its residents with a lifestyle of privilege   that many people can only dream of. Solviento Villas is yet again breaking   the boundaries of residential living by bringing comfort and affordability, ensuring residents live the life they deserve as they create more amazing   memories with their families. These makes getting a unit at Solviento Villas worth every cent. Properties within Bacoor area are quite strategically-located that's why owning a House   and Lot is a worthwhile investment one can make. Choosing the right location is one of the first and main factors in   deciding when buying or renting a property. Solviento Villas is in a prime   location in Molino III, Cavite, within a convenient distance from establishments like schools, churches, malls, offices and restaurants, making   a Solviento Villas purchase perfect for those starting a family, a student or a professional looking for a place near their work and school. For interested buyers, please contact: NENITA O. SANCHEZ PRC#0023764 DHSUD#3730
₱ 7,640,510
2
Bedrooms
77 m²
Floor area
120 m²
Land Size
View Info
Contact Agent

Molino III, Bacoor
*UnionBank may, at any time, withdraw any of the properties listed above prior to the auction. *Availability of units and prices are subject to change without prior notice. *Payment of Creditable Withholding Tax (CWT) is for the Buyer's account. *Bids should be submitted together with the Php 20,000 Show Money (Manager's Check) no later than January 28, 2020.  *All winning bidders will be subject to credit checking. *Misprints should not be construed as misrepresentation of the property.
₱ 6,830,000
465 m²
Floor area
144 m²
Land Size
View Info
Contact Agent

Ready for Occupancy Hoouse for sale at Molino 3, Bacoor, Cavite

Molino III, Bacoor
* Sale shall be on "as is where is" basis.* All offers are subject to Management approval.* Availability of units and prices are subject to change without prior notice.* Misprints should not be construed as misrepresentation of the property.* Lease offers welcome for all condominium units listed except those under ""With Authority to Sell"". Please call for price.   For concerns, please visit your branch of account, call the Customer Contact Center or the BSP Financial Consumer Protection Department at (02) 708-7087. To learn more about our Consumer Assistance Management System, please visit www.bdo.com.ph/consumer-assistance. House & Lots
₱ 9,368,600
142 m²
Floor area
163 m²
Land Size
View Info
Contact Agent

Daanghari Ready for Occupancy House and Lot for Sale in Cerritos

3 Bedroom Ready for Occupancy House and Lot in Bacoor Cavite

Molino III, Bacoor
Please give full name when inquiring. FOR SALE:  2- Storey house  BEDROOMS:  3 BATHROOMS:  2 CAR GARAGE:  1 LOT AREA:  150 sqm FLOOR AREA:  110 sqm AMENITIES: Country Club Elegant Swimming Pool Basketball Court Perimeter wall on each phase and separate entrance gate on each phase. FINDS Convenient Store @ the entrance gate of Vita Toscana with ATM Landscaped parks & Playground for children. Jogging Pathway Other facilities include Overhead utilities for cable, power & communication Perimeter Fence & Buffer trees for boundary lots Alternate day garbage collection Deep well & water reservoir for round the clock water supplies Professional Management Team Vita Toscana  Prioritizing you and your family's safety: We value your family's protection and we have carefully planned the following measures for your safety within Vita Toscana Subdivision. Minimum of two security guards per gate Round the clock roaming security personnel Security outpost along the perimeter line Well-trained security personnel Location & Accessibility VIEWING IS BY APPOINTMENT ONLY Republic Act 9646 or the Real Estate Service Act SEC. 29. Prohibition Against the Unauthorized Practice of Real Estate Service. No person shall practice or offer to practice real estate service in the Philippines..unless a holder of a valid certificate of registration, and professional identification card.. Any violation of this Act shall be meted the penalty of a fine of not less than One hundred thousand pesos (P100,000.00) or imprisonment of not less than two (2) years, or both. In case the violation is committed by an unlicensed real estate service practitioner, the penalty shall be double the aforesaid fine and imprisonment.Deal only with licensed real estate practitioners.
₱ 10,000,000
3
Bedrooms
110 m²
Floor area
150 m²
Land Size
View Info
Contact Agent

Ponticelli House and Lot for Sale near Daanghari in Molino III, Bacoor

Ready for Occupancy House For Sale at Molino 3, Bacoor Cavite 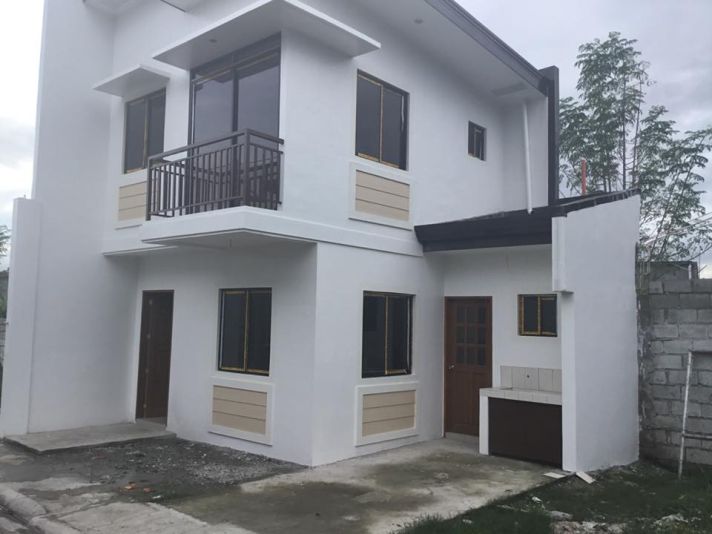 The name Bacoor is from the word “bakood”, which means fence. It is a popular story that when the earliest settlers of the area encountered the Spanish conquerors, they were building bamboo fences. The colonizers were asking about the name of the place but the settlers thought they were asking what they were building. The settlers answered bakood but the foreigners understood it as “bacoor” and so the Spaniards named the place as such.

At present, Bacoor’s once agricultural source of income is now replaced by retail, manufacturing, banking and service sectors. Modernization has entered the fence of Bacoor, and its growth has been even faster due to modernized technologies and transportations connecting the city to the capital. Local and foreign establishments have also come to Bacoor to penetrate its market. Because of its strategic location near Metro Manila, Bacoor is referred to as a bedroom community. This means you can find highly accessible options for every kind of residential property here, from an apartment for rent to a house and lot for sale in Molino III, Cavite.

People from Metro Manila choose to purchase a house and lot for sale in Molino III, Cavite because they wish to be away from the city but do not want to go too far. This has led to more developments in Bacoor as more and more people moved to the area and settled. The Molino area, specifically, will soon become the New Bacoor, with residential, institutional and commercial facilities surrounding it. There is also a proposed industrial village in Barangay Niog. 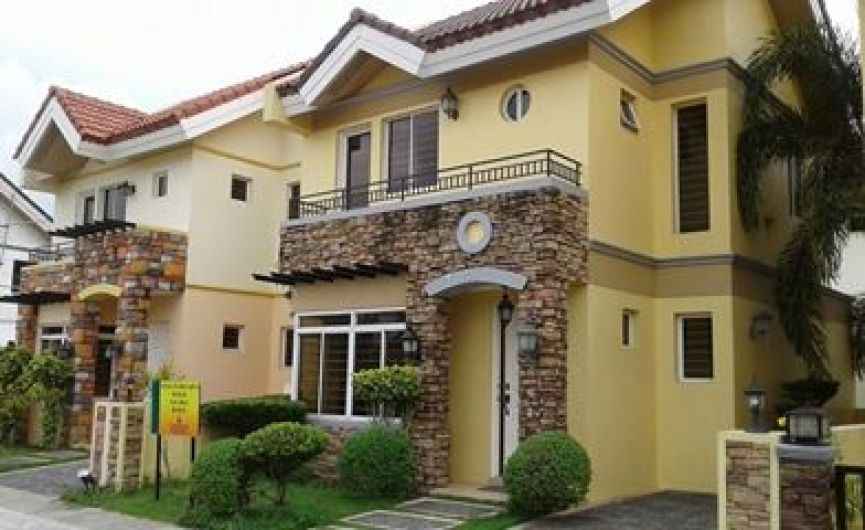 Mobile, young, and growing families from Metro Manila can opt to settle in the area with a house and lot for sale in Molino III, Cavite. These families may want to get the best out of life while keeping little children away from the dense, urbanized cities. Bacoor is a good place for families to set priorities and plan for the future while still enjoying the present. It is also the best residence for retiring individuals and empty nesters who are seeking out fresher and greener areas but still want to be near the metro.

Compared to the properties found in Manila, the options for a house and lot for sale in Molino III, Cavite have a much larger space that allows individuals to experience life even better. Choosing the best home in Bacoor means selecting a location that is near schools, grocery shops, churches, and hospitals.

Small families of four can go for a townhouse in Molino III, Cavite, which starts at roughly Php 2.1 million. Families with a much higher budget can go for a fully furnished house and lot for sale in Molino III, Cavite that already comes with car spaces and a floor area of 200 square meters and up. These types of properties usually cost upwards of Php 24.2 million. With its convenient location, and a safe and peaceful environment, homes are indeed within reach in Bacoor.

Are there foreclosed houses and lots for sale in Molino III, Cavite?

Yes, there are 15 foreclosed houses and lots for sale in Molino III, Cavite. If you want to stretch your budget even further, you should consider a foreclosed house and lot for sale. Just be sure to do your research so that you get the best value for your money.

Are there any houses and lots for sale in Molino III, Cavite with more than 3 bedrooms?

Yes, there are 105 houses and lots for sale in Molino III, Cavite with more than 3 bedrooms. These large houses have enough space for growing families.

Are there mid-priced houses and lots for sale in Molino III, Cavite?

Yes, there are 20 mid-priced houses and lots for sale in Molino, Cavite. These properties are already quite large for their affordable price, so you’ll definitely be getting a great deal.

Find Other Properties in Molino III