House and lot For Rent in Bacoor, Cavite

House and Lot for rent in Ponticelli Gardens in Daanghari

3 Bedrooms with 2 bathrooms, House for Rent in Avida Settings

Fully Furnished Home, all parts of the house with aircon

Molino III, Bacoor
The interior of this fully furnished home will be repainted this March so you can enjoy a brand new home in no time.  BEDROOMSThere are two bedrooms at the second floor. The two rooms were converted into one master bedroom and this makes yo...
₱ 35,000
2
Bedrooms
90 m²
Floor area
120 m²
Land Size
View More Info Contact Agent
10

2 Bedroom Townhouse in Bacoor for rent

3BR with 2T&B For Rent At Molino Boulevard, Bacoor near City Hall

House for Rent in Salinas I, Bacoor

3 Bedroom House for Rent in executive village in Bacoor

For Rent: 3 Bedroom House and Lot in Meadowood Executive Village in Cavite

The Rise of a Modern City in Cavite 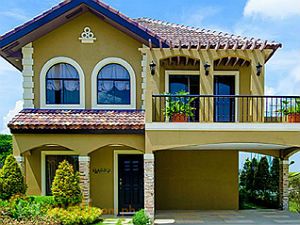 Bacoor City, bordered by the cities of Las Piñas and Muntinlupa in Metro Manila, is considered as Cavite’s gateway to National Capital Region (NCR). It was declared as one of the province’s cities during the administration of former President Benigno Aquino III, and the city has since been steadily evolving from being provincial town to one of the country’s most promising and progressive cities.

Along with the decrease in the city’s agricultural area is the rise of its business and commerce as banking, retail, and manufacturing establishments have slowly made their way into Bacoor. The city’s residents now enjoy a lifestyle quite similar to those enjoyed by residents of Metro Manila, but in a more comfortable and leisurely manner.

Moreover, the city is flanked by most of the major roads linking the province of Cavite to Metro Manila and other nearby locations. These major thoroughfares include the Manila–Cavite Expressway, Cavite Coastal Road Extension, Daang Hari Road, Quirino Avenue, Muntinlupa–Cavite Expressway, Emilio Aguinaldo Highway, and Tirona Highway.

House for Rent: Bacoor Cavite and Its Bedroom Community 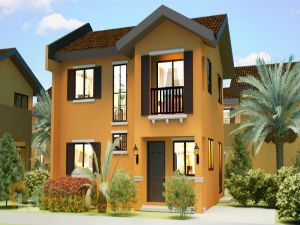 Bacoor, Cavite is considered as a bedroom community, as many of its residents commute and work in Metro Manila. Its convenient location, plus the improving transportation infrastructures in Cavite, make travel to the Philippine capital fast and easy. As a result, those hailing from Bacoor opt to remain as residests of the city, instead of migrating to Metro Manila. Many other people from all around NCR choose the city as their place to settle in. It also helps that property prices, especially a house for rent in Bacoor, are still a fraction of what homebuyers would find in Metro Manila.

For those who are still undecided on purchasing a property or a home, a house for rent in Bacoor, Cavite, is their best option. Like the cities of Muntinlupa, Parañaque, and Las Piñas in Metro Manila, the city is a place filled with residential subdivisions or gated communities; hence, houses for rent in the city are common.

Many of the country’s noted real estate developers also see the city’s proximity as an advantage. and they have seized this opportunity to provide current and future residents affordable yet quality homes. These houses for rent in Bacoor, Cavite are a mix of newly built properties in brand-new subdivisions and older homes being leased out by private owners. Because the standard of living in Cavite Province is more affordable compared to Metro Manila, many newly-wed couples and starting families will find that renting a house in Bacoor is well within their financial capacity.