Apartment For Rent in Cavite

Milagrosa, Carmona
Looking for Affordable Transient House? Php 2,000/ day for 22- hours Location: Block 7 Lot 17 Villa Sorteo Subdivision, Carmona Cavite 2-Storey House with 2- Bedrooms, 2 Toilet & Bath, Living Room, Kitchen. (1st  Room with Toilet & Bath & Aircon, 2nd room with fan) Complete with Kitchen Utensils & Cooking Utensils. Frequently Asked Questions What is the rate for 22- hours? - P2,000 pesos for 2-4 pax. What if we exceeded the required number of person to stay in the house? - Additional charge of P300 pesos per head For Bookings, please secure P1,000 pesos non-refundable down payment. How many people does the unit can accommodate? - Maximum of 10 pax. What are the inclusions? - free use of kitchen utensils and dining wares - 2 bedrooms with mattress - 2 bathrooms with shower & bidet - Free use of kitchen appliances such as: refrigerator, microwave oven, rice cooker, electric kettle, water dispenser and kitchen stove. - Dining set - sofa set - Smart TV with TV plus connection - Free use of Wifi - 24/7 water and electric supply - outside parking space Are children free? - Children up to 12 years old only are free of charge. What is your check-in and check-out time? - Check-in time is from 2:00 pm and the check-out is until 12:00 pm. You may request an early check-in or late check-out but subject to availability. Do you accept walk-ins? - Unfortunately, we do NOT accept walk-ins. We highly encourage guests to book their reservation to ensure accurate and efficient accommodation. Where can we park? - You can park your vehicle outside the house. Are pets allowed? - Pets are allowed in the unit but conditions would apply for maintenance purposes. Do you have a curfew? - No gate curfew hours in the subdivision. However, all guest should refrain from making loud noises, music or other forms of loud entertainment on or before 10pm. Does the unit have a Wifi network? - Yes. The unit has free use of wifi. The access code will be shared to you upon arrival. Can we drink liquor/ alcohol? - Yes. But this should only be done within the group of guests who rented the unit. Can we smoke in the unit? - Smoking inside the unit is STRICTLY prohibited. You can only smoke outside the unit premises. Are there stores/ restaurants nearby? - There are stores outside the subdivision & you can order Online food deliveries. How can we pay? - We accept bank transfer and Gcash payments. The remaining balance should be paid upon arrival. Distances from: -Karen’s Special Binalot: 3- mins. (1.0 km.) -Jollibee- Checkpoint: 3-mins. (1.0 km.) -KFC- Carmona 4-mins. (1.2 km.) -Waltermart 5-mins. (2.0 km.) -Shakey’s Pizza 6-mins. (2.2 km.) -McDo 6-mins. (2.2 km.) -Southwoods Mall 20 mins (6.5km.) -Splash Island 20 mins.(7.5 km) -Enchanted Kingdom 28 mins. (11.9 km.) -Tagaytay Rotunda 1-hr. (35.4 km) -Nuvali Sta. Rosa 36 mins. (19.9 km) What are your cancellation conditions? - Please contact our Facebook page or our Viber/ WhatsApp number to settle the cancellation of your booking. However, we would highly appreciate if you consider rebooking your stay with us. Travel Restrictions and Requirements • All guests are requested to observe sensible social distancing, hand washing practices and responsible wearing of face masks. • “NO PROOF OF VACCINE NO ENTRY” Policy. Each guest should bring their Covid-19 Vaccination Card or any proof of vaccination issued by the DOH or their respective LGUs. • All guests are required to read and respond to the Covid-19 Declaration Form Online for contact tracing purposes. Residential Property For Rent in Milagrosa, Carmona, Cavite
₱ 2,000
2
Bedrooms
2
Baths
65 m²
Floor area
View Info
Contact Agent

Anabu I-D, Imus
The apartment is perfectly accessible , few steps away from Aguinaldo hiway in Imus ...so Manila and Tagaytay is just easy access. S& R is beside the apartment. It's a one bedroom one bath , kitchen liv and dining with a small terrace. There's a parking space and full garden in front.  Rental Price: Php 8,000.Please leave your email address when inquiring...or use my email address to inquire.
₱ 8,000
1
Bedroom
1
Bath
View Info
Contact Agent

Amaya I, Tanza
Jenny's Ville Residential Apartment is located in Amaya just along Antero Soriano Highway. Our apartment is strategically located near PEZA 1 and PEZA 2 with very easy access. It's the only apartment in Tanza located along the highway. Parking space available for each unit of apartment.We have 18-Apartment unit of 50sqm and 9-Studio Type Unit of 30sqm for long term and short term rentals.All our units were carefully design in a modern way where comfort and convenience meet. We offer premium quality of living. We have a spacious garden behind the unit accessible to all Tenants. We also have our 24-hr security and CCTV cameras around the area.In order to serve our residents the best we can, we built Management Office behind the apartment to administer the requirements of our residents.Living must be simple and hassle free. Be awesome, rent with us!
Contact agent for price
2
Bedrooms
1
Bath
50 m²
Floor area
View Info
Contact Agent

Maharlika East, Tagaytay
Originally built by the owners with the intention of making it their retirement home, the young couple decided that the place was just what the "new" Tagaytay needed - consequently naming the abode after their gentle special child, Joaquin.The privacy of guests is obviously a priority by making available only eight suites: each one as inviting and enticing as your own ideal bedroom with oversized beds, a relaxing color palette, books, assorted knick-knacks, and weather-beaten looking furniture that provide the interiors a healthy dose of country chic. Friendly housekeepers will only come when you call.So come to Joaquin's, and please make yourself at home!
Contact agent for price
1
Bedroom
1
Bath
View Info
Contact Agent

Apartment for Rent in Bacoor

Tanzang Luma VI, Imus
2 Bedroom Apartment for rent in Tanzang Luma VI, Cavite Welcome to Stanley House Apartments and Guest House in the Philippines. We provide affordable accommodation for daily, weekly and long term stay. Our units are fully furnished with air conditioning, television, refrigerator, cooking utensils and cooking and dinnerware. We provide free internet and cable/satellite tv. Stanley House is a family run business with a friendly atmosphere. We pride ourselves on a high standard of maintenance to each and every unit. We will always be happy to help and answer if you have any queries. Please contact us at anytime. Apartments is located in Imus, Cavite, 5-10 walk to Robinsons Mall and 2 min walk from Aguinaldo Highway.  *We are about 35-40 min drive from NAIA and MOA depending on traffic situation. Tagaytay is also about 35-40 min drive. *You can get public transport to Manila, Tagaytay, Batangas and other places from Aguinaldo Highways almost 24/7. *The subdivision is gated with 24/7 security guard. The apartment building is also gated with management on site. Daily/ Weekly Rate PHP 850/day (7 days min stay) Daily / Weekly Rate (Inclusive of Utility Bills) PHP 1,499/day (below 7 days stay) PHP 1,299/day (7 days + stay ) *Not including cleaning and change of bed sheets. Optional = extra charge P500.00 Our Terms & Conditions Refundable reservation deposit of P5,000 is required if you wish to reserve these units in advance. It`s not refundable if you cancel your booking at anytime or fail to show up. (pls note before you reserve) Strictly no reservation deposit = no bookings in advance. 1 month rental + 1 month deposit are payable upon handover of keys less reservation deposit already paid upon reservation. For (daily stay all in) full payment required for the duration of stay. For weekly stay security deposit is pro rata (P350 per day) and paid in advance. Deposits can`t be used against your rental at anytime. These are refundable only upon the end of the tenancy agreement less any damages or unpaid bills. One off cleaning fee / laundry of sheets of P500.00 is charged at the end of the tenancy agreement for min stay 1 month.
₱ 15,000
2
Bedrooms
1
Bath
55 m²
Floor area
View Info
Contact Agent

Room For Rent Near SM Bacoor (Ladies Only)

A Popular Alternative to Metro Manila 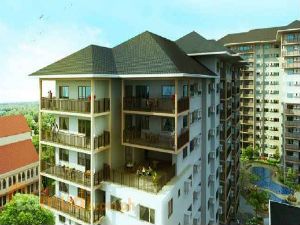 Known as the “Historical Capital of the Philippines”, Cavite is one of the country’s 81 provinces. Situated in Luzon and bordering the southern shore of the Manila Bay, it is the “CA” in the CALABARZON region. (The rest being LAguna, BAtangas, Rizal, and QueZON.) It is one of the most industrialized provinces in the country, and though its economy is still predominantly reliant on agriculture, it has 12 economic zones that serve as the location of many companies from various industries.

Prior to the arrival of the Spanish colonizers, Cavite was already a flourishing trade area between the native Filipinos and many foreigners, especially the Chinese. During the time of the Spaniards, the province became a significant military asset. Due to its unusual tongue of land thrust into Manila Bay, Cavite became a port to the Spanish galleons. It not only linked the country to the rest of the world, but due to its fortifications, it also became the first line of defense for the city of Manila.

It is its proximity to the capital region that has made Cavite a fast-growing province. Only 21 kilometers from Metro Manila, it is only an hour away by car via the Manila-Cavite Expressway. This is why getting an apartment for rent in Cavite is a wise choice because it is far enough from the Metro area to provide a relatively calm lifestyle, but not so far that it becomes inconvenient. It is the perfect alternative to the capital for young professionals and families as getting to and fro is easy whether by private or public transport.

The major cities in the province and some of the best places to find an apartment for rent  in Cavite are the following: 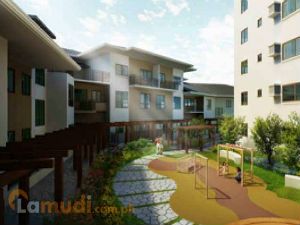 When it comes to finding an apartment for rent in Cavite, any city in the province is actually an ideal place for mobile families and workers who want to easily access the Metro area while living a calmer and more peaceful way of life. It is also a very good place for professionals who work in the CALABARZON region. There are many jeepneys and tricycles one can use to get around the urban areas, and buses and taxis are also widely available for traveling between cities and between provinces.

However, residents of the province need not necessarily travel to the capital for their everyday needs and wants. Each major city has lively nightlife. Restaurants, cafes, and entertainment centers are found in abundance. There are many schools and universities, and over 50 hospitals. Naturally, the level of activity in the province is not as high as the National Capital Region, but life in Cavite is very convenient and vibrant.

Apart from units, you can also lease a whole townhouse unit or apartment house for rent in Cavite. These properties are found inside gated subdivisions in Cavite such as Georgetown Heights, Perpetual Village, and Camella Homes East in Bacoor. Rental fees in these homes range from PhP 15,000 to PhP 35,000 a month.

Find Other Properties in Cavite