Concepcion Grande, Naga
This is a bungalow house in one of Naga City’s finest subdivision. Just a 10minute ride to Naga Centro, very accessible to all kinds of transportation. Offer fresh air and plenty of jogging/walking space, with garden and garage. Outside the...
₱ 2,950,000
3
Bedrooms
100 m²
Floor area
215 m²
Land Size
View More Info Contact Agent
7

House and Lot For Sale at Canaman, Camarines Sur

2-Storey House and Lot For Sale

For sale!! House and Lot in Sagnay, Camarines Sur

2br House And Lot For Sale In Pacol Naga City

3 Bedroom House & Lot in the City

House and lot for sale (Residential/Commercial)

San Isidro, Goa
Goa, is a rising commercial center in Camarines Sur. If you are looking for a good investment then this house and lot is the right property for you.-House and lot can be used for both residential and commercial purposes.-Located in San Isid...
₱ 27,000,000
5
Bedrooms
400 m²
Floor area
3925 m²
Land Size
View More Info Contact Agent

Camarines Sur: The Heart of Bicolandia

The Spanish legacy is particularly palpable in Camarines Sur, considering that the province was initially a Spanish-founded settlement, known then as Tierra de Camarines. The name is derived from camaronchones or camarines, a Spanish term for kamalig which referred to portable bamboo nipa huts by the natives.

Due to its fertile lands and favorable weather, the economy of Cam Sur is mostly agrarian, except for the more developed city of Naga which has a tri-economy based on commerce, industry, and agriculture. As the main economic hub of Bicolandia, most products of the region are brought to the city. Naga also has expansive farms all over the city that grow corn, rice and lilies.

Cam Sur is known for its diversity. In 2010, one of its indigenous languages – the Isarog language – was classified as Critically Endangered by the United Nations Educational, Scientific and Cultural Organisation (UNESCO). It is estimated that the language will be extinct within a decade or two if the remaining 150 people who speak it do not pass the language to the succeeding generation.

As it is surrounded by the seas, Cam Sur is gradually becoming a famous tourist spot due to its pristine beaches, majestic waterfalls and lush green mountains. Some of its famous destinations include the renowned CamSur Water Sports Complex, surfer’s paradise Siargao and the Caramoan Islands which has been used as a filming location for the hit reality TV show, Survivor.

The province also offers eco-tourist activities like mountain trekking and bird-watching. Beyond Mt. Iriga is the Lake Buhi, home to the sinarapan, the world’s smallest edible fish.

But lovers of city life won’t feel out of place in Cam Sur. Its independent city, Naga, is one most modern and fastest developing cities in the country.

Naga City houses six of the largest universities in Bicol Region. Among these are Ateneo de Naga University, Universidad de Sta. Isabel and University of Nueva Caceres, to name a few. It is also the home to the largest shopping mall in all Bicolandia, SM City Naga, with foot traffic ranging from 100,000 to 250,000 every two days.

Buy a house in Cam Sur 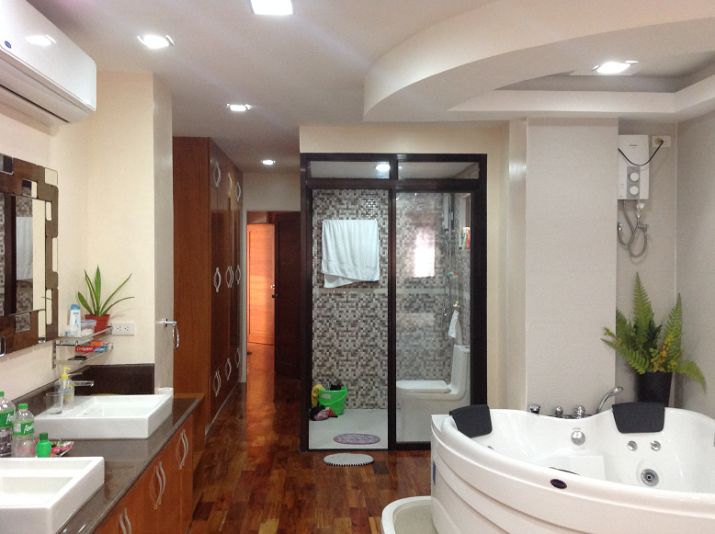 Due to its economic viability and strategic location, being at the center of the Bicol Region, businesses and investors have been flocking Cam Sur. Homebuilders and developers have begun master planning and developing communities in the province to the delight of many Bicolanos.

But despite the rapid development of the province, Cam Sur remains cheaper relative to Metro Manila standards. The selling price of a two-bedroom house in the province could go as low as Php 1.4 million, depending on its location and characteristics. Larger families may opt to go for a three-bedroom house, the price of which could range from Php 4 million to Php 6 million.

Buyers who have the money to spend might want to consider a 320 square meter property in Naga City, priced at Php 22 million, that features six bedrooms, seven bathrooms and an 18-meter swimming pool. The newly constructed modern house was built by a reputable local engineer to include earthquake and typhoon resistant materials.

A natural haven with a touch of modernity, Cam Sur easily offers the best of both worlds and could enthrall both the urban warrior or the nature lover.