Apartment For Rent in Marilao, Bulacan

Apartment for Rent in Marilao Bulacan

4.2km
San Antonio, Quezon City
skytel apartelle 17sqm with own cr, sprinkler, smoke detector, beds,closet, cushions, cr exhaust, aircon palcementsame amenities but no kitchen(10k a month)parking still available at 1200 pesos a month, othwerwise a street in front of the building is available for parking as the street is a dead endbuilding is equipped with tap card for residences to tap in and out of the building door, fire and alarm system, 24hrs guards, maintenance crews, cctv's, tap card will be given to tenants for entry and exit of the building, 24hrs alfamart convenience store, coin laundry at 7.50 pesos a kgarea is near LRT roosevelt, MRT north Ave, roosevelt, north ave waltermart, sm north, trinoma, Q.ave, West ave
₱ 10,000
1
Bedroom
1
Bath
17 m²
Floor area
View More Info
Contact Agent

4.3km
Deparo, Caloocan
I am renting an apartment in Deparo and I'm looking for someone to share with.
Contact agent for price
1
Bedroom
1
Bath
100 m²
Floor area
View More Info
Contact Agent

1 BR , CR and Laundry for rent

Apartment for rent in Caloocan

Apartment for rent in Quezon City (with parking space)

For Lady Bedspacers - 2 bedrooms with 2 double-deck beds each

Room with aircon for rent at Novaliches, Quezon City

Looking for an Apartment in A First Class Municipality 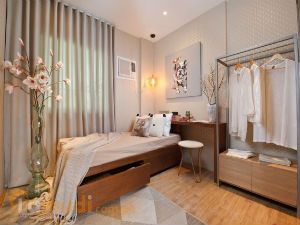 Marilao is a highly urbanized municipality in the province of Bulacan. Currently, Marilao has a total land area of 3,374 hectares and comprises of 16 barangays. It is one of the 21 Philippine municipalities that have met the requirements for cityhood set by the Constitution and the Local Government Code of the Philippines and as agreed upon by the League of Cities of the Philippines.

Marilao is situated just north of Metro Manila, sharing its borders with the CAMANAVA (Caloocan, Malabon, Navotas, and Valenzuela) area. It is also commonly known as one of Metro Manila’s bedroom communities, as it is home to many residents who commute to and work in the National Capital Region’s business districts.

Marilao is also a popular tourist destination well-known for its churches, including the St. Michael the Archangel Parish Church and The National Shrine of the Divine Mercy. It is also known for its colorful festivals like the Luyang Dilaw Festival, but one of the reasons why many people consider living here is the relatively affordable cost of living that this municipality offers. Healthcare in Marilao is quite inexpensive, while its proximity to the rest of Bulacan and Pampanga means that fresh produce are cheap.

As far as leisure activities and commercial amenities are concerned, Marilao has every resident covered. The town is home to a lot of restaurants and it has its own SM City. Neighboring Bulacan towns are also one ride away, including Meycauayan, Obando, Bocaue, Santa Maria, and San Jose Del Monte. These places can be reached via public transportation quite easily, thanks to the North Luzon Expressway (NLEX) and the MacArthur Highway. 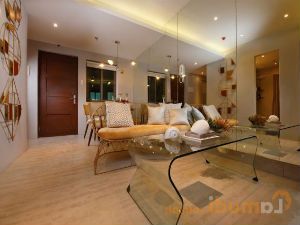 If you are looking to rent a place in Marilao, you might be surprised at how affordable apartments are in this town. There are several areas in where you can find an apartment for rent in Marilao, Batangas. One of them is in Brgy. Ibayo. It is just a two minute walk to SM City Marilao, about a block from the McArthur Highway, and 10 minutes via tricycle or drive to NLEX’s Marilao Exit. Rents here typically range between PHP 5,000 and PHP 12,000 per month or even lower.

Aside from this location, there are plenty of other newly developed subdivisions that offer different kinds of properties, including an apartment for rent. Marilao will never leave you wanting. In Beverly Homes in Brgy. Loma de Gato,  newly built apartments or rowhouses can be easily  rented. Another development is Urban Decca Homes along MacArthur Highway in Brgy. Abangan Sur. Apartments here (or rowhouse units) normally have floor areas of 51 square meters, and come with provisions for two to three bedrooms, depending on configuration. Finally, there is Panorama Golden Hills, a subdivision also in Brgy. Loma de Gato, where plenty of apartments for rent in Marilao, Batangas can be had. A typical property here measures 35 square meters, has two bedrooms, and one bathroom.

Find Other Properties in Marilao