17hec Rawland in Bustos Bulacan at 1.2k per sqm

Buy Land in the Northern Gateway from Manila 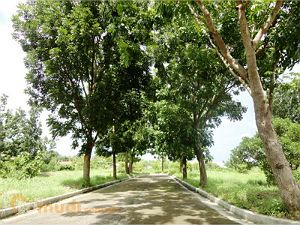 Bulacan is primarily connected to Metro Manila via the North Luzon Expressway and Manila North Road (more recognized as the MacArthur Highway) which further connects the province to Pampanga, as well as to the western part of Northern Luzon (western Central Luzon, Ilocos and Cordillera Administrative Region). By way of the Cagayan Valley Road in Guiguinto, Bulacan connects to Nueva Ecija and to the eastern part of Northern Luzon (eastern Central Luzon and Cagayan Valley Region).

In the near future, the province will become further accessible via C-6 Road from the provinces of Rizal and Cavite and the cities of Taguig, Parañaque and Muntinlupa in Metro Manila. Similarly, the planned North Luzon East Expressway (NLEE) will be another link between Metro Manila and Bulacan, as well as Nueva Ecija, and will also serve as a new alternate route of motorists coming from Manila going to Aurora and Cagayan Valley region.

Not a Mere Path or Stopover

Despite its moniker as a gateway to the metro, Bulacan much more than a place to pass through going to or coming from the Northern province or Metro Manila. The province has a number of ecological attractions, including the Pulilan Butterfly Haven and Resort in Pulilan, the Biak-na-Bato National Park in San Miguel, and the Grotto of Our Lady of Lourdes in San Jose del Monte City.

Among Bulacan’s heritage sites are the Marilao Catholic Church in Marilao, the Baliuag Clock Tower in Baliguag, and the Bulacan Museum in Malolos City, to name a few. Apart from places for tourists to see are also several schools, hospitals, and retail locations which property seekers can include in their considerations as they decide on living in or investing on land in the province.

As Metro Manila continues to experience fast growth, areas in its supposed Northern Gateway will soon be within range and eventually part of a much bigger and progressive Mega Manila. This progression is evident as early as now in the launches and advancement of upcoming real estate developments like Ayala’s 109-hectare Altaraza Town Center in San Jose del Monte and 8990 Holdings’ yet to be named 14-hectare property in Marilao.

Property seekers looking to buy land in Bulacan need not wait on the completion of these and other developments however, as there are plenty of existing properties worth considering that are already on the market. Among these is are residential lots in Waterwood Park in Baliuag. Among the lots in the Landco Pacific Corporation project that are currently on the market is a 156 square meter m lot listed for Php1.52 million and a 218 square meter lot priced at Php1.92 million.

Another existing gated development worth considering is The Royal Northwoods in San Rafael. The golf and residential estates developed by Northwoods Reality & Development Corp. is located near the Northern Luzon Expressway in San Rafael. Among its lots for sale is a 125 square meter lot priced at only Php637,000.

Also along a highway is the Colinas Verdes Residential Estates and Country Club, which is located along Quirino Highway in San Jose del Monte City. For only Php1.92 million is a 257 square meter lot located in the Sta. Lucia Realty & Development project that features first-class country club amenities and is within distance of places like SM City San Jose del Monte and the La Mesa Watershed.

The Smart and Simple Choice

Lots for sale in Bulacan are a simple and smart choice as a real estate investment, whether it be for commercial or residential use. The province is situated between Pampanga and the National Capital Region on the island of Luzon. A large part of the province consists of portions of Sierra Madre, the longest mountain range in the Philippines.

Although much of the province is rural, there are several urban centers, especially in the areas closest to the Metro Manila cities of Caloocan and Valenzuela. The province is divided into three cities and 21 municipalities where investors or residents can find a Bulacan lot for sale. Many of the urban areas in the city are located along the N. Luzon Expressway and the Quirino Highway.

Some of the most valuable commercial and residential land can be found in these urban areas because of the relatively high demand for those types of real estate. However, the province’s rural, less-populated locations offer valuable land for sale as well, including farm and industrial lots which are in higher demand in those areas.

Lot for Sale: Bulacan and Its Cities

A Bulacan lot for sale comes in many varieties. As previously mentioned, many types of land in the province’s rural and urban areas can be very valuable. Below is a list of some ideal locations for different types for sale.

Malolos - One of the more remote areas of Bulacan in relation to the National Capital Region. the city of Malolos has a good mix of both residential, commercial, industrial, and agricultural land for sale.

Meycauayan - An extremely convenient city situated at the border of the Metro. Meycauayan is an important commercial, financial and industrial center of Bulacan. Along with San Jose del Monte, it is the province’s gateway to the Metro Manila.

Bocaue - The “Fireworks Capital of the Philippines,” Bocaue is an ideal location to purchase industrial lots.

Santa Maria - As with Meycauayan, Santa Maria is a major economic center of the province. It is one of Bulacan’s most diverse municipalities in terms of real estate. Both agricultural and industrial land are abundant here, though other types can be found as well.