House and lot For Sale in Bulacan

Rent To Own House and Lot near Q.C. No Spot Downpayment

Rent To Own Townhouse For Sale in PHirst Park Homes

House and lot in Bulacan near Bocaue exit

House and Lot in Bulacan Santa Maria near Sagrada

House and lot for sale, Malolos

House and Lot for Sale at Baliuag, Bulacan in a quiet area near SM Baliwag

2 Storey House and lot for sale at Bright Homes

Live in a Peaceful but Developed Province

The province of Bulacan is a peaceful location in south-western Central Luzon just north of the National Capital Region (NCR). It is similar to the other provinces in the region, such as Cavite and Laguna because it is close enough to Metro Manila to be convenient, yet far enough to not be bothered by the hectic lifestyle of the capital. The distance between the two locations is approximately an hour drive away via the North Luzon Expressway (NLEX) and the Pan-Philippine Highway.

As of 2010, Bulacan had a population of approximately 2.9 million spread out among three cities and 21 municipalities. It is served by the MacArthur Highway and NLEX, both of which provide a link to the Metro. Local transportation, like the majority of Philippine urban areas, is available in the form of jeepneys, taxis, and tricycles (motorcycles with sidecars). Many busses with terminals that originate from the capital pass through the province en route to Pampanga, Tarlac, and Zambales. One of the biggest bus lines in Luzon, Baliwag Transit Incorporated, is even headquartered in the Baliuag municipality.

The province is very popular because of its location on the northern shore of the Manila Bay, just 40 kilometers from the city of Manila. It is thus a convenient city to commute to and fro by car. This convenience and the tranquility of its surroundings are what draws more and more residents to the area, spurring the population growth. As more people become interested in a house and lot for sale, Bulacan’s property values increase as well. This growth in both population and real estate value attracts businesses to the province, furthering its development and urbanization.

The Perfect House for Sale in Bulacan 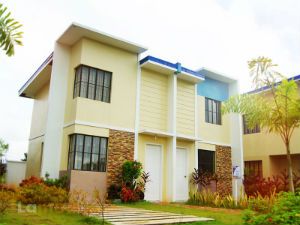 The three component cities of the province are Malolos, Meycauayan and San Jose del Monte. These cities are where homeseekers can find the majority of houses for sale. Bulacan’s 21 municipalities are ideal locations as well. This is a selection of some of the province’s top municipalities:

Marilao (pop. ~185,000) - a first-class, highly urbanized municipality. There is an SM City shopping mall here, and an important Catholic relic housed in the San Miguel Arcangel Church. It also hosts the annual Halamang Dilaw Festival, which features a dancing competition and a food festival.

Bocaue (pop. ~106,000) - the “Fireworks Capital of the Philippines.” Bocaue is a major center of fireworks production and is famous for its liempo (marinated, grilled pork belly) and crispy pata (deep-fried pork knuckles). It is home to the Bocaue Museum, which contains artifacts from the town’s history.

Guiguinto (pop. ~90,000) - one of the fastest-growing towns of Bulacan. Historically an agricultural center, it has been rapidly developing both residentially and commercially. It is home to the Klir Waterpark Resort, a popular leisure destination.

Baliuag (pop. ~140,000) - another first-class municipality founded by Augustinian friars. It is now a major transportation hub and the educational center of the northern part of the province. The municipality also has its own SM CIty shopping mall that was opened in 2008.