Apartment for Rent in Marilao Bulacan

Bed Space For Rent in Plaridel Bulacan for 1,200 per month

2 BR Apartment In Meycauayan for rent 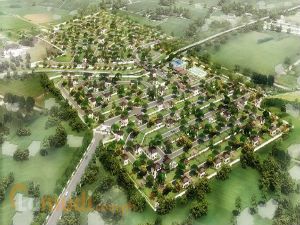 Located in Central Luzon, Bulacan is one of the most populated provinces in Region III. It boasts plains and land areas with a combination of residential and commercial districts. Known as the home of celebrated Filipino heroes and poets, the province has progressed from having a rich tradition and culture to embracing modern-day innovations.

Despite the continuous development of various housing projects and business establishments in Bulacan, it remains as one of Philippines’ most productive agricultural locality. Rice and corn are some of the agricultural produce you can find in Bulacan, including some mangoes that are plenty during summer.

Not only does industrializing plains and rice fields make living in the province worth the shot, it is also because of the leisure spots around the area. Bulacan has been known as a resorts haven of Central Luzon with its private and manmade pools. Since the province is only a one- to two-hour drive from Manila, most vacationers find a quick getaway in the province. Some of the popular resorts in the area are Amana Waterpark in Pandi, Hidden Sanctuary in Marilao, Jed’s Island Resort, and many more.

If these leisure spots are not enough to make you stay in this province, there are also other must-see places like the historical churches of the National Shrine of Divine Mercy and the Barasoain Church. There are also various festivities to enjoy like the Obando Fertility Dance and the Plaridel Horse Festival. Aside from the historic sites and vivid festivities the province has to offer, prospective buyers can expect various properties for sale and rent. The province has been popular with real estate developers like Ayala Land, Filinvest Land, and Landco Pacific Corp.

Throughout the years, there have been ongoing projects and land developments in the area, especially on the major cities of the province. For one, there’s Amaia Steps and Scapes, Altaraza, and Avida Settings in San Jose Del Monte. There’s also Alta Vida in San Rafael and WaterWood Park in Baliuag.

House and lot are not only the properties available for sale in Bulacan. There are also apartments that are for rent. Properties in the area are targeted to mid-end market, with its low-cost offerings for Filipino families who want to live near Manila but also want to enjoy a reasonable cost of living.