Lot For Sale in Bohol

Residential Lot 500 Meters Away from ICM/IBT in Dao, Tagbilaran City

Alburquerque
The municipality of Albur is located in the southwestern part of Bohol about 12 kilometers from Tagbilaran City proper. This 1,572 sq.m lot for sale is located...
₱ 2,358,000
1572 m²
Land Size
View More Info
Contact Agent

Loay
A stunning unobstructed Seaview lot in Loay Bohol  is situated on  the top  of the hill with wide  and flat area, the Lot is a Titled property 2nd lot from the barrio road and with access road,   less than100 meters from the main road and t...
₱ 2,102,800
6008 m²
Land Size
View More Info
Contact Agent

Songculan, Dauis
Close to establishments such as Panglao Ocean View Residences, Sherwood Bay, Hidden Corals Divers Club & Resort, and Villa Gloria, this property boasts of approximately 120 meters of frontage, first lot on barangay road. It is also a mere 200 meters away from the beach.The site is also close to the proposed third bridge, linking Tagbilaran City to Panglao Island. You may use the lot for residential or commercial purposes, or both. Get it while it's still cheap.
Contact agent for price
2325 m²
Land Size
View More Info
Contact Agent

With clean land title and deed of sale

Lot for sale in baclayon bohol

Lot for sale in Panglao, Bohol (with swimming pool)

728 SQMS...Overlooking Lot, 40 meters from the Beach in Panglao Island Bohol

Catarman, Dauis
Located in a calm and peaceful area in Dauis, Panglao Island Bohol, This 2 parcel of 728csquare meters each subdivided lot offers a panoramic view of the Bohol and Mindanao Sea. Only 40 meters from the beach, the area positioned and faces...
₱ 2,300,000
728 m²
Land Size
View More Info
Contact Agent

Loboc
It is a beautiful lot that is close to the next tourist spot in the area as it has a brook nearby, cave, and waterfall. The area is lush with banana plants, lemons, big tress and other fruit-bearing trees.
₱ 1,500,000
9000 m²
Land Size
04/06/2020
Available From
View More Info
Contact Agent

For Sale Lot in Tagbilaran City

482 sqm Commercial Lot for sale in Poblacion I, Tagbilaran, Bohol

Bohol Province: The Jewel of the Philippines 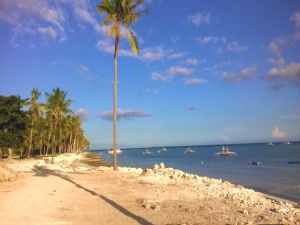 Bohol is an island province in the Central Visayas region of the Philippines. It is composed of a main island and 75 other minor islands. It is a first-class province with a stunning landscape made up of hills, rivers, and of course beaches. Because of its many natural wonders, it is known as the “Jewel of the Philippines”.

The island province is home to a population of 1.2 million (2007) living in one city and 47 municipalities. It is one of the top locations to buy land in the Philippines. Not only are prices relatively low, but land value has been steadily increasing over the years due to the province’s growing popularity as a major tourist destination. Bought land can be used either to develop highly profitable resorts, or simply as one’s vacation home. A Bohol lot for sale is considered a very good investment.

Residential lots for sale in Bohol are very valuable due to the high quality of life and standard of living in the province. Homes and other residential real estate, such as plots of land, are in high demand. This high demand helps property values to rise, which in turn creates worthy assets for landowners.

On the other hand, buying commercial land in Bohol is also a wise choice due to the province’s strong economy, which is largely based on the export of agricultural and marine products. Farm land and lots with access to fishing areas are highly valued. Tourism is playing an increasing role in the province’s economy, which means that beach lots are becoming more valuable.

Why Buy a Lot for Sale? Bohol and Its Features

Aside from the inherent economic value of land in Bohol, there are many other features of the island province that provide additional benefits to residents and businesspeople.

Stunning Geography - as previously mentioned, Bohol is known as the “Jewel of the Philippines.” It provides a wealth of natural beauty that benefits both locals and tourists. The most well-known of the province’s natural wonders are the Chocolate Hills.

Southwest of the province’s capital, Tagbilaran City, Panglao Island has consistently been listed as one of the top 10 diving spots in the world. The island’s Alona Beach features fine white sand and clear blue waters that can easily rival Boracay. 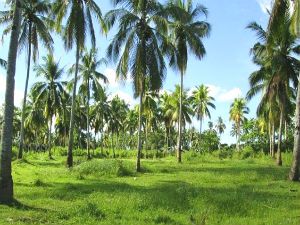 The tarsier, one of the world’s smallest primates, is also endemic to the province. Belonging to an approximately 45 million year old family Tarsiidae, this world wonder of an animal only measures from 85 to 160 millimeters in height. This is about the average size of a human fist.

Excellent Education - The province also has an excellent school system on all levels. The province’s literacy rate is very high at 98 percent. There are many universities here, such as the Bohol Island State University and the Bohol Institute of Technology International College. Families with children benefit greatly from the province’s high quality of education.

Full of Festivals - as with the majority of the Philippines, Bohol benefits from a multi-cultural community of different people.The province is home to a rich tradition of yearly festivals, some of which last for days. Some of these festivals are: the Hudyaka sa Panglao Festival, a fierce dance competition on Panglao Island; the Pandayan Festival, dedicated to the patron saint St. Joseph the Worker; and the Katigbawan Festival in the Catigbian municipality, which features hog-catching and a variety of other interesting competitions.

Find Other Properties in Bohol