House and lot For Rent in Bohol

House For Rent In Tagbilaran City

House for Rent in Panglao Bohol

Poblacion, Buenavista
Bohol is one of the best tourist destination in the Philippines due to its nature attractions from white sand beach in Panglao, Islands, Chocolate hills, Caves, Water Falls, Tarsier, Danao Adventure Park & etc. Bohol is peaceful and cost of living is cheaper compared to other places/provinces. Buenavista is one of the Town in Bohol and close to Cebu City by boat. The next town Getafe has plently of daily Boat trip to Cebu at approximately 80 mins travel. This town is approximately 30 mins from Tubigon and 70 mins from Tagbilaran City by V-Hire or Car. Tubigon will soon to be a City, it has a McDonald, Hospital, Colleges, Banks, plenty of daily trips by Ship to Cebu. The travel time from Tubigon to Cebu is approx. 90mins. The nearby Town name Danao has also Adventure Park (Activities: The Plunge, Paramotor, 1.5KM Xsanity, Caving, River Trek, River Kayak, Root Climbing, Off Road Buggy, Cliff Rappel, Sky Ride and Villlage Tour.)This house is located in the center of Buenavista Town. It is close to the Church, Police Station, Municipal Building, Gymnasium, Tennis court & etc. It is also close to the sea about 10-15mins walk and some nearby Villages, Town and Island has beautiful white sand beach such as Pandanon Island. The house is very big it has a porch, big garage 2-3 cars, separate dinning area, separate kitchen are, big living area, big toilet with shower&sink and garden. The floor is tiles. It has existing beds, sofa, furniture's, dining table, chairs & etc. One of the room has new air condition. Toilet has water heater shower, new refrigerator, cooking stove & etc.The house is well maintained and clean.Brief Terms & Conditions; 1) One bedroom will be closed for storage of owner's memorable things such as Family Pictures, some furniture's, clothes (no longer used but memorable) and existing things that will not be used by tenant during their tenure . So, only 4 bedrooms are available for tenant. The Tenant can assure that they will have their full privacy and the owner will not disturb the house during their tenure.2) My mother in law is 83 years old and she is the original owner of this house. She still healthy, active and living in Cebu. She requested that if something will happen to her in the future, her funeral will be held on this house.
Contact agent for price
5
Bedrooms
400 m²
Floor area
700 m²
Land Size
View More Info
Contact Agent
Ricardo Camacho
MEMBER SINCE 2016
5
Bedrooms
400 m²
Floor area
700 m²
Land Size
View More Info Contact Agent
22

Terrace House Unit A03 for Rent in Panglao Sunshine Village

Townhouse For Rent at Dauis, Bohol in Royal Palm One

Terrace House "A12'' for Rent at Panglao Sunshine Village

Purok 4 Bolod Panglao 6320 Bohol Philippines Bolod, Panglao
Sunshine Village is in a quiet countryside area, but only 10 minutes away from the famous Alona Beach, with plenty bars, restaurants and night life for all tastes. Panglao is fast becoming the prime island in the Philippines for both tourism and residential purposes, as attested by the new international airport currently being built just 10 minutes away. Sunshine Village is only 5 minutes from the more relaxed White Beach and several other idyllic coral sand beaches or you can just enjoy our magnificent pool and other leisure facilities including a pool-side restaurant, gym, etc. Designed and built to European standards by and under German management, Sunshine Village offers both tranquility and close proximity to more exuberant entertainment, while the Bohol region offers plenty of adventure. All units are fully furnished with fully equipped, self-contained kitchens and high standard bathrooms.
Contact agent for price
1
Bedroom
69 m²
Floor area
15000 m²
Land Size
View More Info
Contact Agent
Sunshine Village
MEMBER SINCE 2016
1
Bedroom
69 m²
Floor area
15000 m²
Land Size
View More Info Contact Agent
13

Terrace House "A18" for Rent in Panglao Sunshine Village

Terrace House "A27" for Rent in Panglao Sunshine Village

Gallerie House in Dao for rent 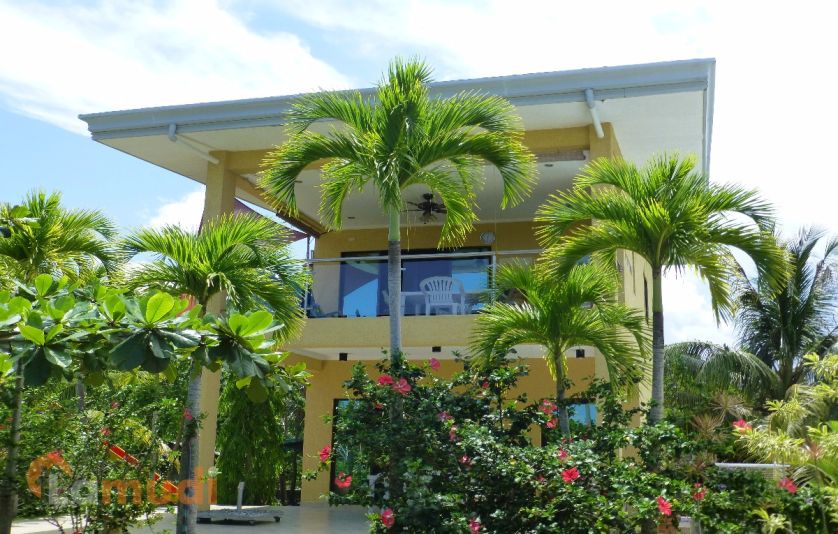 While Bohol might not be as world famous as Boracay, the Central Visayan island has its fair share of admirers from those who have been lured by its charm. The province is home to Carlos P. Garcia, the country’s 8th president, who was born in Talibon, which lies on the middle of Bohol’s northern coast, some 115 kilometers from Tagbilaran, the provincial capital. Although a strait separates Bohol from Cebu, the two Visayan islands share a common language.

Bohol is the 10th largest island in the country, comprising a land area of 4,821 square kilometers and a coastline of 261 kilometers. About 70 smaller islands, which include the world famous Panglao where most of the luxury resorts are located, surround the main island. This makes some of Panglao’s land areas more expensive than the rest of Bohol, whether you plan to buy a house there or rent one. Bohol’s terrain is basically hilly and rolling, and about half of it is covered in limestone.

When a major earthquake devastated Bohol on October 15, 2013 at around 8 in the morning, many of the island’s famous historical landmarks and churches were destroyed. The earthquake, with a magnitude of 7.2 in the Richter scale and whose epicenter was in Sagbayan, a small municipality in Bohol, also affected southern Cebu. More than 100 people in Bohol at that time were killed and more than 300 were injured when the earthquake struck.

Tourism plays a central role in Bohol’s economy. A proposed international airport in Panglao is currently in the planning board. Although some welcome it because of the economic activities that are expected to be generated once it is completed and operational, there are those who oppose it, arguing that it would destroy the rustic charm Panglao is known for. The planned international airport is also one of the reasons why property prices in Panglao continue to rise. Currently, Tagbilaran airport serves local airlines who ferry in a large number of passengers, many of whom are tourists. The island also has several seaports, the busiest of which is in Tubigon. It serves ferries that traverse the Cebu-Bohol route, with more than 10 daily routes plying that route. Other seaports are located in Catagbacan in Loon, Jagna, Ubay, Talibon, Getafe, Buenavista, and Clarin.

The literacy rate in Bohol is at a high of 98 percent, and there are a number of academic institutions in the area that provide quality education to students. These include Bohol island State University, Holy Name University, University of Bohol, Mater Dei College, Bohol Wisdom School, and Bohol College of Science and Technology.

Bohol is a first class province divided into three congressional districts. It comprises one component city—which is Tagbilaran, the provincial capital that has an estimated population of a little more than 105,000 based on 2015 census—and 47 municipalities.

With 114 springs, 172 creeks, and four main rivers found in the entire province, Bohol is vacation paradise where a gamut of recreational activities abound. There are numerous waterfalls and caves spread across the island. The Rajah Sikatuna Protected Landscape, which is located in Bilar, is a forest sanctuary where protects monkeys, endemic birds, as well as numerous flora and fauna abound. It is the island’s largest remaining lowland forest.