Apartment For Rent in Bohol

Apartments For Rent in Bohol

Doljo, Panglao
Apartments for rent in Panglao, Bohol, Philippines. Come enjoy the best hospitality to individuals, couples and families.The units are made with care and in western style.Well equipped and equipped to spend your vacation time in a comfortab...
₱ 19,500
1
Bedroom
1
Bath
35 m²
Floor area
View More Info Contact Agent
7

Townhouse unit with aircon and furnishings near popular beach resorts 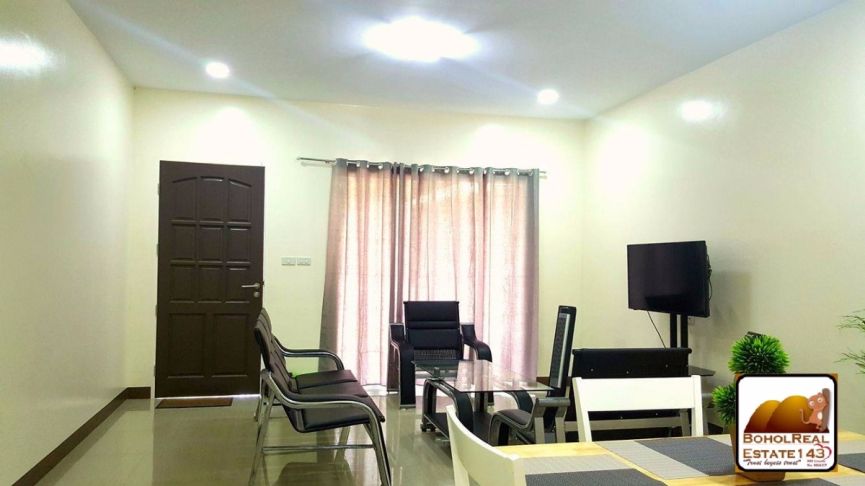 The province of Bohol has long been a destination for vacationers and tourists, leading to the rise of resorts such as those in Panglao Island. Guests staying longer or even setting up seasonal vacation residences in this province may wish to consider an apartment as a step up. Available apartments in Bohol range from cozy studio-type rooms to more spacious dwellings with one or two separate bedrooms. All of these come with basic amenities such as private bathrooms and cooking facilities. Additional amenities in some apartments may include parking space, Wi-fi access, and balcony space. Unfurnished, semi-furnished, and fully furnished apartments are all available for rent.

Another option, especially for transients or for those vacationing in large groups, is the tourist apartment. These dormitory style dwellings feature common bathrooms and kitchen spaces. The tourist apartments may be rented on a nightly basis as opposed to monthly, thus offering more flexible terms for longer stays.

A feature of many of the available apartments for rent is their proximity to the beaches of Bohol, particularly those in Dauis, Panglao. Public transportation such as jeepneys and tricycles is available to ferry visitors from their lodgings to the beachfront. Travel may also be arranged to Tagbilaran City or other nearby locations. This proximity is not convenient just for tourists, but even for families, students, and single employees finding a home in this province.

The Heart of the Visayas Region The island of Bohol is the most centrally located of the major provinces comprising the Visayas Region. It is comprised of one large island with 75 other smaller islands and islets. It is divided into three congressional districts, with 1 chartered city and 47 municipalities. Formerly part of Cebu province, Bohol achieved its designation as a separate province in July 1854.

Bohol’s strategic location, as well as its remarkable natural wonders and history, have made it a favorite tourist destination. The province is best known for its Chocolate Hills, a geological formation located in the center of the island. Although these limestone hills are green during the rainy season, the grass growing on the ground dries out and turns brown in the dry season, thus giving the hills their confectionery-like appearance. These hills may be viewed from a station in the municipality of Carmen.

Bohol is also known for its biodiversity, especially in its marine ecosystems. The province has extensive coral reefs, which are an attraction for snorkelers and scuba divers from all around the world. These ecosystems are also of particular interest for scientists and conservationists. Some of these sites include Panglao Island and the municipality of Balicasag.

The province also has a rich culture and history, with settlements dating as far back as the 12th century. The people of Bohol are said to be descended from the ‘pintados’, a group known for their heavy tattoos. More extant reminders of Bohol’s past date from the Spanish colonization, such as the old churches of this province. One fine example is the Baclayon Church in Tagbilaran, which is constructed from coral bricks. Although this church, as well as many others, sustained considerable damage in an earthquake in 2013, restoration efforts have done much to preserve the structures.

Bohol is accessible from both sea and land. The province’s main seaport and airport are located in Tagbilaran City, the provincial capital. Land transportation hubs are also found in this city. Fastcraft and ferries provide a ready link between Tagbilaran and neighboring provincial capitals such as Cebu City. Within Tagbilaran City are local commercial complexes and malls, as well as hotels and restaurants. Several public and private healthcare institutions are found in the city proper.