Condo For Rent in Baguio, Benguet

For Rent Spacious 1 Bedroom Condo in Green Valley Baguio for as low as 15,000

Studio For Rent at Baguio, Benguet in Cedar Peak

Bakakeng Central, Baguio
G7Wharton Studio Condo is located in Bakakeng Sur Baguio City right next to Saint Louis University Mary Heights Campus.  Rent: 2,000 php per night per 2 pax Additional 500php per adult per night Additional 300 php per child per night* *co-sleeping with parents, free of charge Max Occupancy: 4 pax For Inquiry: Condo Daily Rent Inclusives:  Full Kitchen: Fridge Rice Cooker Electric Stove ELectric Kettle Oven Toaster Pots and Pans Plates and Cutleries Mugs and Glasses Private Bathroom: 24/7 Hot and Cold Shower  FYI: We do not provide for towels and toiletries as these are considered personal belongings Living Room: TV equipped with TV plus  Sofa Bed convertible to sofa bed  Floor Mattress Bedroom: Queen Size Bed Pillows Bedsheets & Blankets FYI: heavily stained blankets/bedsheets will be charged with 3000php as these will be disposed for sanitary reasons Others: Hair Dryer Flat Iron and Mat Free parking space upon availability Desk Fan Safety Features: 24/7 security guard Fire extinguisher Carbon monoxide detector Emergency lights Onsite Amenities (Exclusives): Internet Cafe Canteen  Laundromat Public Transportation: Jeepney Taxi House Rules: No pets allowed No smoking/ illicit substance/ alcohol drinking allowed Refrain from making loud noise (subject to 500php violation if reported by management) No party allowed inside the unit No loitering inside/outside the unit. Children must be accompanied at all times. The unit owner and/or the condominium management is not liable for any untoward accidents.  No vandalizing (subject to minimum 500php depending on the extent of damage) Free use of utensils/ tablewares & kitchen appliances (you break you pay and please make sure to wash, dry and return to where you found them after use) Minimal cooking allowed (please clean as you go especially on the stove, wipe off any spillage as soon as possible, materials are provided) Please throw your trash in the bins provided under the sink and in the the bathroom  Always switch off lights & unplug small appliances after use and before leaving.  Please mind your own personal belongings. The unit owner/ the condo management is not liable for any loss.
Contact agent for price
1
Bedroom
1
Bath
20 m²
Floor area
View More Info
Contact Agent
Annaly Palaganas
MEMBER SINCE 2017
1
Bedroom
1
Bath
20 m²
Floor area
View More Info Contact Agent
7

Baguio Condo near Cathedral, SM, SLU, UP, UC and UB

Baguio Condo near Cathedral, SM, SLU, UP, UC and UB for Rent

For Rent: Baguio Condo near Cathedral,SM, SLU, UP,UC and UB 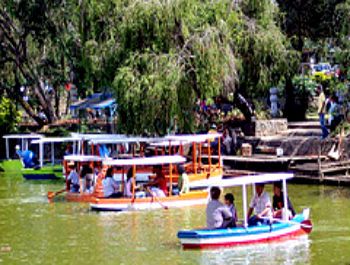 Situated 250 kilometers north of the National Capital Region (NCR) is Baguio City. It is located within the Benguet province, but is actually considered an independent and chartered city. It is considered as a highly urbanized district as it holds infrastructures and major establishments.

Baguio has a land area of 22.20 square miles and a population of 318,676, and is known as the “Salad Bowl of the Philippines”, because of its majestic beauty and rich natural resources. It is also known as the “Summer Capital of the Philippines” as it is a popular tourist attraction, especially to locals who want to escape the heat and cool down to the chilly weather of the city in the mountains.

Baguio is also considered as the financial and educational district of Northern Luzon. It is home to several notable colleges including:

Establishments such as supermalls, restaurants and hotels are also located here. 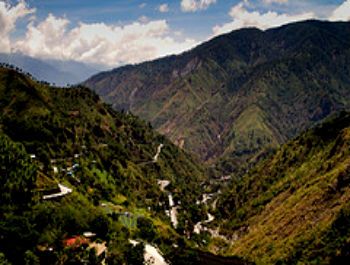 One cannot deny the striking beauty of Baguio, and not marvel at the panoramic spots of the city. It is home to strawberry farms, and amazing parks such as:

WHY RENT A CONDOMINIUM IN BAGUIO?

If you are the kind of person who wants to enjoy Baguio for a short-term stay, renting a condominium, especially those that are located in the town proper and near major establishments, is recommended and practical. Although located in a busy area, residents can still experience a serene and peaceful stay. Plus, schools, shopping malls, and retail stores are just a walk or short trek away.