Apartment For Rent in Baguio, Benguet

For Rent: Transient House in Baguio

House For Transients In Baguio City For Rent

Brandnew Unit Only at 13,000 monthly For Longterm REnt

florentino mines view Mines View Park, Baguio
Bed and Breakfast, 500 pesos per head and 1,500 for the whole room can occupied 4 person per room and is good for the family, single or couple that want peace. A place with pine trees and sunflower with good weather. ,2 minute walk to mines view, 10 minute to wright park and mansion house. Free breakfast from 7 to 8 am with hot and cold water. Can bbq in the garden and can cook in the kitchen. Call and reserve now to experience the nature of Baguio.
Contact agent for price
2
Bedrooms
1
Bath
View More Info
Contact Agent

Affordable Room for Rent in Transient House at Baguio City

Philippines, Baguio City Baguio
Classy room with affordable price that you can afford any time here in Baguio city.Solo Comfort room with Hot and cold showerStrong Wi-fi that you can use anytime.Veranda with beautiful view every morning and eveningCafeSolo kitchen with complete utensilsDinning area T.v with cable plus 100 channelsLocation: Baguio City
Contact agent for price
4
Bedrooms
View More Info
Contact Agent

109 Lower Bonifacio St, Brgy. Bonifacio, Baguio, 2600 Benguet Andres Bonifacio, Baguio
Inclusive of: - Hot & cold water and electricity (for cellphone and laptop only, other gadgets are strictly not allowed) - Single bed w/ mattress - 1 table - 1 chair - 1 closet Other information: - A common kitchen/eating area per floor is available and you can opt to order food - Wifi is available but is subject to additional charges - Curfew is from 10PM to 5AM Available space: 2nd basement: 4 rooms with 2 beds 6 rooms with 4 beds 2 rooms with 6 beds 3rd basement: 3 rooms with 2 beds 6 rooms with 4 beds 1 room with 6 beds Text or send a direct message here to inquire.
₱ 3,500
22
Bedrooms
View More Info
Contact Agent

22 Kisad Road, Baguio, Cordillera Administrative Region, Philippines Legarda-Burnham-Kisad, Baguio
Quad RoomALL FOUR FUN!Room sharing has never been this comfortable - sleeping area separate from working area so you can work while others are resting or rest while the others are working. Desks provided and a spacious cabinet to safe-keep your belongings. Toilet separate from the shower and sink so you'll never find a need to rush. This is budget living without compromising your needs.One month contract minimumConveniently located along Kisad Road - just across Burnham Park. Ideal for students and young professionals.We give discounts to students and those staying at least 5 months.Other room types available. Call us to inquire!Single Small 6,900Single      7,200Double     10,000Triple      12,500Quad      12,500
Contact agent for price
1
Bedroom
1
Bath
9 m²
Floor area
View More Info
Contact Agent

Legarda-Burnham-Kisad, Baguio
Your home in Baguio! A five-bedroom half of a duplex house is available for long-term lease located in a remarkable address in South Drive. It is fully furnished. Parking is good for two slots. The maid's room and driver's quarter is at the ground level. Cable and wifi access may add up additional costs. Peaceful and cozy community.   It's all good!
₱ 75,000
5
Bedrooms
3
Baths
120 m²
Floor area
View More Info
Contact Agent

Living in the City of Pines 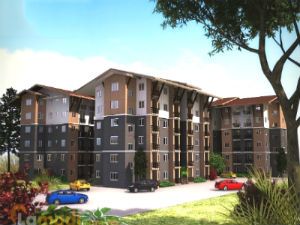 The city is widely known as the Summer Capital of the Philippines. The same characteristics that make Baguio City a great place to visit also make it an ideal place to live in. The comparably cooler temperature of the area already has many considering working or studying in the city. Coupled with developments that are on par with other highly urbanized cities, Baguio does indeed offer the best of laid-back city living. You would do well to live in an apartment for rent in Baguio if you’re interested in getting away from the hustle and bustle of Metro Manila.

Baguio offers a great blend of urban and rural, with a central business district that features retail centers like SM City Baguio, modern medical facilities like SLU Hospital, and cultural properties like Teacher’s Camp, the Mansion House, and Brent School. All this and more are surrounded by the city’s main attraction: its natural bounties of cool climate, panoramic vistas, pine forests, and generally clean surroundings. Today, the city still boasts of 5 forest reserves with a total area of 434.77 hectares. Three of these areas serve as watersheds that are sources of Baguio’s water supply.

Center of Education in the North

Baguio is regarded as the most preferred educational hub in Luzon outside of the Greater Manila area, and students from not only the city itself but also from other provinces often pursue their bachelor’s or continued education degrees in the City of Pines. Some its notable schools include the Baguio campus of The University of the Philippines, Saint Louis University, The University of the Cordilleras, and The Philippine Military Academy.

Staying in an apartment for rent in Baguio is a popular way to see the best that the city has to offer. Apart from being ideal for those new to the area, units for rent are also affordable and can be found in just about all the key locations in the city.

Among the options is an apartment for rent in Baguio suited for either vacationers or long-term tenants. Units such as these typically vary in price, and this two-bedroom apartment located in Baguio’s Navy Base Road is currently available for Php6,000 a night for short-term stays, and Php40,000 per month for extended residence.

For those who want to live in an apartment for rent in Baguio that is a little more affordable, and basically within Baguio’s main business district, a one-bedroom unit located along Mabini St. near Session Road is currently available. Located along the commercial area, apartments such as these typically cost Php25,000 per month in rent.

On the contrary, aspiring seekers looking to live on the outskirts of the city can go for an apartment for rent in Baguio similar to one located in Asin Road. Fully furnished and featuring two-bedrooms, apartments like these in quiet locations are often leased for as little as Php3,500 per month.

Pine trees and crisp air - these are the most common associations made when someone mentions the city of Baguio. Through the years, this highland retreat has transformed itself from a grassy marshland into one of the most urbanized cities in the Philippines. Now just a four-hour drive from Metro Manila, it is one of the most popular holiday destinations in the country. The city features panoramic views of the northern Luzon region, fresh fruits and vegetables, and beautiful flora. Its cool climate offers a respite from the heat in the lowlands, especially during summer.

A first-class city, Baguio is situated in the province of Benguet. It has a population of approximately 318,000 (2010), but every Lenten season, the city’s population triples. Dubbed as the “Summer Capital of the Philippines” by the Americans in 1903, every Filipino has been to the city at least once.

There are three national roads that serve as the main points of access to this city situated about 1,540 meters above sea level: Quirino Highway, Kennon Road, and Marcos Highway. The Lion’s Head, an iconic landmark welcoming people into the city can be seen when entering via Kennon Road. Daily flights are also now available through the city’s airport located in Loakan, which is south of the city center.

Apartment for Rent in Baguio 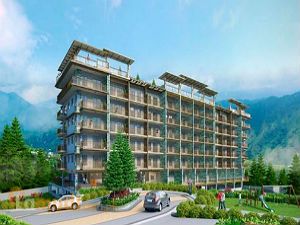 Why should one look for a Baguio apartment for rent? As a tourist, this question needs no answers. For the rest, the city is not only favorable as a tourist destination. It has long evolved into Northern Luzon’s center of business and commerce. It is a major retail center in the region that does not leave one wanting. From traditional goods that can be bought in Mines View Park to SM City Baguio, the city has a lot to offer.

In terms of employment, the city is home to the Baguio City Economic Zone (BCEZ). Located in the southern part of the city, it is one of the Philippines’ most profitable investment areas. It comes as no surprise then, why many business process outsourcing (BPO) companies have chosen to base themselves here.

The city is not just an educational hub. It is the Center of Education in the North. Prominent schools, such as the Baguio Campus of the University of the Philippines and the Philippine Military Academy are located here. The city is actually considered as a university town with students making up almost a third of its population.
These are the reasons why for those looking for an apartment for rent, Baguio City is an ideal place to relocate to as a student or a professional.

Is there a bed space apartment for rent in Baguio?

Is there a room for rent in Baguio?

Yes, you can find about 16 rooms for rent in Baguio. This is a great way to have a room all to yourself in an apartment, while still splitting the cost of living there with someone else.

Is there a 3-bedroom apartment for rent in Baguio?

Find Other Properties in Baguio