Lot For Sale in Talisay, Batangas

Banga, Talisay
Tagaytay midland property lot for sale , lot area is 565square meters , selling at ph 16,000 per square, with membership access to tagaytay highlands . The lot is in Tagaytay Midlands which is a part of Tagaytay Highlands and is one of the...
₱ 9,040,000
565 m²
Land Size
30/10/2018
Available From
View More Info Contact Agent
2

Along Tanauan-Talisay provincial Road, Aya, Talisay, Batangas Aya, Talisay
For Sale:  15.8 hectares vacant lot in Aya, Talisay, Batangas, near Tagaytay.          May be accessed from Tagaytay via Ligaya Road; or accessed from SLEX/STAR Road thru Tanauan. Property is very near boundary of Talisay and Tanauan.With frontage of about 136m along Talisay-Tanauan provincial road.With view of Taal lake.Minutes away from foot of Tagaytay.Near Balai Isabel and resorts that offer tours of Taal Volcano/Lake.With hospital being constructed right beside property.With electric power and water supply.Suitable for subdivision development, tourism, warehouse.Price: at P2,500 per sqm, for total SP of P395.3MM, Negotiable!
Contact agent for price
158000 m²
Land Size
View More Info Contact Agent
5

Tranca, Talisay
Tagaytay Highlands and Midlands are known for its prestige and exclusivity. This lot is located at Sierra Lago at the Midlands overlooking Taal Lake and Mt Makiling. The Midlands consists of themed enclaves inspired by architecture and cult...
₱ 5,000,000
264 m²
Land Size
12/03/2020
Available From
View More Info Contact Agent
6

Lot for Sale in Tagaytay Midlands

Property with Panoramic View of Taal Lake and Volcano - 6.3 Hectares

Lot for Sale in Tagaytay

Brgy. Pulo, Talisay, Batangas Santa Maria, Talisay
Please see attached files for inquiriesAgricultural Land/Island• Is this a real estate property?Definitely no!! It is an agricultural land, specifically an island.• How about the size of the entire area?The whole island is probably 18 hectares. • Where can you find this property? This is situated in Brgy. Pulo, Talisay, Batangas • What are the sources of living? Since it’s an island, the primary source of living are fishing and fruit harvesting. • What are the possible businesses, this island can offer? Well, apart from fishery, you can develop this land into a resort, Taal is just few minutes away. • How long is the travel time? From a residential point where the boats are, it may take 40 minutes more or less up to the island. • How much is the selling price? P65.00 per sq. meter, reasonable price • Who’s the person in-charge for other info? For further questions, you may contact Mr. Ernesto J. Laurel Sr.
Contact agent for price
180000 m²
Land Size
View More Info Contact Agent
8

10 Hectare land in Batangas for sale

Balas, Talisay
*Highlighted area is only based on estimate, contact me to schedule a tripping and for fourther inquiries and negotiations*This land is in Balas, Talisay, Batangas. This land is both an agricultural land and residential land since there's a...
₱ 250,000,000
100000 m²
Land Size
View More Info Contact Agent
1 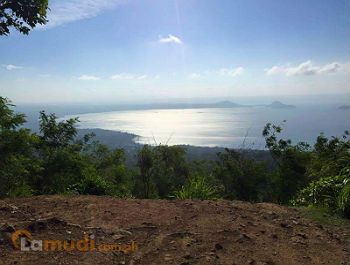 The Municipality North of Taal Lake

A third-class municipality in the province of Batangas, Talisay is one of the locales that surround Taal Lake and occupies rough half of the Taal Volcano Island. It is bordered by Tagaytay City to the north, the municipality of Laurel to the west, and Tanauan City to the east. Situated 84 kilometers away, it is one of the easier Batangas locations to get to and from Metro Manila.

The town’s poblacion is not far from Volcano Island. Situated in the middle of Taal Lake, it is essentially the crater of Taal Volcano. The volcano is considered the main topographic feature of the Batangas Province.

Talisay is a choice location for those wanting to reside near Tagaytay, but would prefer a location that is more affordable and not heavily urbanized. It is also the perfect location for a vacation home. The municipality is politically subdivided into 21 barangays, providing one with a number of communities to live in. Although it may not be like the cities of Lipa or Batangas City, it still offers many of the conveniences one would expect from a functioning municipality. Anything else that is not offered in the area can be acquired in the nearby cities of Tagaytay and Tanauan. Scenic and thriving, the municipality’s natural surrounding is truly made for residential use, and would serve as a great escape from the faster pace of the nearby cities. 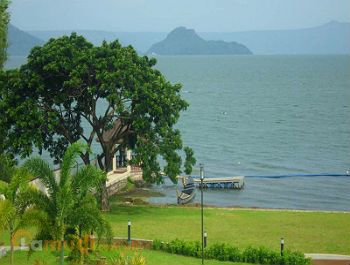 However, Talisay is not all residential lots. The town’s bucolic charm and proximity to the shores of Taal Lake make it a good area for the development of resorts. Quite a number of land available for sale here are actually big enough and suitable for such projects.

Lot for Sale in Talisay Batangas

With a population of just 39,600 according to the 2010 national census, Talisay offers property hunters a bucolic locale within striking distance of the well-developed urban area of Tagaytay. The municipality offers plenty of available properties to choose from, especially for those looking to buy land whether for residential or commercial purposes.

Notable properties include numerous residential lots for just under PHP 1 million to a massive 12.65-hectare raw land with great views of the Taal Lake and Volcano currently listed for PHP 80 million. Naturally, the larger the area, the larger its value. With all the available land in the municipality, it is not surprising that one can acquire lots that total as much as hundreds of hectares.