House and lot For Sale in Lipa, Batangas

2-Storey 4-Bedroom SD for Sale in The Villages at Lipa, Sierra Village, Batangas

House with 3 Bedroom with Garage for sale in batangas

2BR TH in The Residences Lipa-Mariana Model for sale 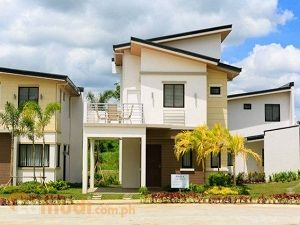 Lipa Is A City on the Rise

Of all the cities and municipalities within the jurisdiction of Batangas Province, Lipa City seems to be the most interesting. Although it is landlocked and lacks the beaches that make Nasugbu, San Juan, and Calatagan famous, Lipa is located on the western slopes of Mount Malarayat, which gives the city a pleasant mountainous ambiance. In fact, Lipa is one of the Philippines’ “coolest” cities, where daytime temperatures average on 25 degrees Celsius.

Lipa City is also home to a number of high-end resorts, most notable of which is The Farm at San Benito, a luxurious enclave that caters to a health-conscious clientele. The city also houses Mount Malarayat Golf & Country Club, which is one of the most popular golf estates in Southern Luzon. Aside from high-end resorts, the city is also home to museums, well-attended festivals, and centuries-old Catholic churches that are tourist attractions in their own right.

The city has witnessed considerable progress over the last few decades. Easy access to Metro Manila via the South Luzon Expressway (SLEX) and the Southern Tagalog Arterial Road (STAR Tollway) means goods produced and manufactured in the city reach the capital much faster. This prompted many local and multinational companies to set up plants in Lipa, including Epson, Hitachi, Nestle, and a lot of local manufacturers specializing in animal feeds and supplies.

Services is also a major driver of Lipa City’s economic growth, led by the local business process outsourcing (BPO) industry. In fact, BPO sites are scattered around the city, and the city is ranked 6th out of 10 in the Top 10 next wave cities of 2010 by the Commission of Information and Communication Technology.

All these make Lipa one of the best places to live in Batangas Province. Property developers, seeing the city’s huge potential, are unveiling many residential real estate projects. Most of these projects are residential subdivisions or gated communities, wherein one can easily find a house for sale in Lipa City.

One of the developers with a strong presence in Lipa City is Quezon Province–based Calmar Land. The company boasts of two projects in the city, namely, Neviare in Barangay Antipolo del Norte and Sorrento in Barangay Pinagkawitan. Aside from house and lots, these two developments offer homebuyers topnotch amenities, including well-appointed clubhouses, swimming pools, and sports facilities within a secure and guarded enclave. A typical two-storey house in Sorrento has four bedrooms and a floor area of 107 sqm. 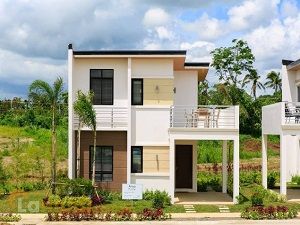 Another developer with residential project in Lipa is Ayala Land subsidiary, Amaia Land. Its project, Amaia Scapes, is situated in Barangay Dagatan, and offers approximately 704 house and lot units with sizes ranging from 25 to 75 square meters. Amaia Scapes Lipa’s price range is from PHP 605,000 to PHP 1.3 million.

Lipa City is situated in the CALABARZON Region’s growth corridor, which includes the towns and cities that line the STAR Tollway. Investments in the area’s infrastructures mean that more roads are expected over the next decade or so. The city is also conveniently located close to Quezon Province, which in turn makes it highly accessible from Bicol Region. When all transportation infrastructures currently in the pipeline are completed, Lipa City will become one of the region’s most well-connected cities, which will further boost its local economy.