Lot for Sale in Sierra Village - The Villages at Lipa, Batangas

Lot for Sale at Nasacosta Resort & Residences in Nasugbu Batangas

Lot for Sale near the Club House of Summit Point Golf&Residential Estate, Lipa

Calatagan
Enjoy the sunset with in your very own piece of land.With thirty thousand square meters, the property can be developed into any kind of project.West Side - with...
₱ 139,000,000
30000 m²
Land Size
View More Info Contact Agent
2

Beach Property in a Seaside Residential Community in Calatagan, Batangas

Bagong Silang, Calatagan
Lot is located in an exclusive seaside residential community in Calatagan, Batangas. Wake up to the fresh sea breeze! A leisurely 5-minute walk will take you the shoreline for an invigorating early morning swim.This gated community is the perfect place to spend time with family and friends and enjoy laid-back seaside living. Productive mango trees dot the property. Approximately 1km from the famous Calatagan Lighthouse.Build your dream beach getaway on this 2,244sqm lot with direct access to the beach. The possibilities are endless!
Contact agent for price
2244 m²
Land Size
View More Info Contact Agent
6

A Popular Province Outside the Metro 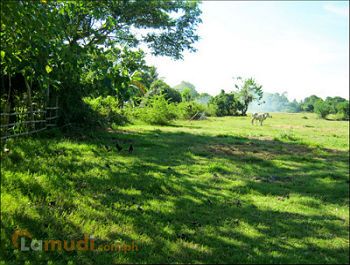 Along with a thriving tourism industry fueled by some of the best nature has to offer, the province has also continued to be a highly desired residential location because of its convenient distance to the Metro. It has been one of the longest established populations in the Philippines, and it has been thriving even before the country’s initial colonization by the Spanish. Its extensive history is evidenced in locations like the Taal Heritage Town.

A Province with a Unique Landscape

The province’s landscape is a vast combination of plains, beaches, and mountains. It is also the location of renowned Taal Lake and Volcano. Unknown to many, the province also includes a number of islands, such as Tingloy and Isla Verde. With its extensive and diverse scenery, a number of options can be seen on the property market for those looking for a Batangas lot for sale.

While lands for sale are usually properties situated in developed areas, one can expect the ones in the province to be quite unique. There are a number that are undeveloped, untouched, and fertile - land still in their natural condition. These can be perfect for farming. Some may even feature a distinct amount of flora and fauna, and 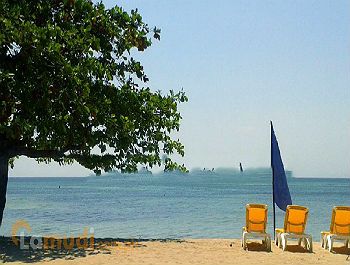 Lot for Sale: Batangas Is Your Next Purchase

Whether it for residential purposes, a beach-front property, for commercial development, or a farm lot for sale in Batangas, one would be hard-pressed not to find a suitable plot to invest in. Comprised of 31 municipalities and three major cities, the diversity in landscape and locales in a particular area makes the province an interesting place full of potential.

Notable pieces currently on the market include a beach lot measuring 250 square meters. Located in Barangay Sta. Ana in Calatagan, it is priced at just PHP 1.675 million. Another popular piece of land ready for purchase is in the province’s capital, Batangas City. It is situated in Residenza Milano, which is found in the city’s San Isidro area. It is 100 square meters, and is currently priced at just PHP 456,237. For a pricier option, there’s a 51,283 square meter beachfront lot in Calatagan. Priced at PHP 76.925 million, this property is perfect to build a resort on. Other popular places for residential or commercial development are in the cities of Lipa and Talisay.