House and lot For Sale in Batangas

3-Storey Townhouse for Sale in The Villages at Lipa, Sierra Village, Batangas

Kumintang Ilaya, Batangas City
Come and see! Mariners Residences is your home in the place of Batangas City. Home is the best Gift ever you could give to your family! Looking for the best!   ...
₱ 3,458,888
2
Bedrooms
92 m²
Floor area
80 m²
Land Size
View More Info Contact Agent
Featured
23

House with 3 Bedroom with Garage for sale in batangas

2BR TH in The Residences Lipa-Mariana Model for sale

Anilao, Lipa
A 1,686 sq.mtr property with a 160 sq.mtr house that is up for sale.The property is very conducive for residential purposes.Reason for selling is that the property owners transferred to Makati City.
₱ 5,500,000
3
Bedrooms
160 m²
Floor area
1686 m²
Land Size
View More Info Contact Agent
23

For Sale House and Lot in Canyon Woods, Batangas

Houses Perfect for Leisure and Family Use 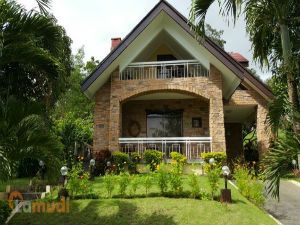 Quite understandably, Batangas, one of CALABARZON Region’s provinces and a major growth driver of South Luzon’s economy, is one of the most searched locations when it comes to residential and even commercial real estate. Its huge population, 2.694 million as of the 2015 Census, is growing at a rate of 2.7 percent per year. Batangas now ranks eighth among all of the Philippines’ 81 provinces.

Batangas is also economically buoyant and diverse. The city of Lipa and the municipalities around it are home to factories of agri-industrial companies, industrial parks, and farmlands, while the province’s capital and namesake Batangas City is home to one of the Philippines’ largest oil refineries. Meanwhile, the towns of Nasugbu and Calatagan located on the province’s western section facing the West Philippine Sea (or South China Sea) and San Juan on the opposite side facing Tayabas Bay are home to world-class beaches and diving sites. Numerous residents of Metro Manila drive to these locations as their weekend getaway.

The province is also home to esteemed colleges and university. Students not only from Batangas itself but also from neighboring provinces, including Quezon and Mindoro Oriental, migrate to the province to study here. Among those frequently cited as some of its best schools include De La Salle University Lipa, Batangas State University, University of Batangas, and Lyceum of the Philippines University–Batangas.

As a province of important stature, Batangas is home to many real estate developments, many of which are big-ticket projects of some of the country’s well-known property developers. One of these projects is Landco’s Playa Calatagan Village in Barangay Santa Ana, Calatagan. This project offers residential lots for sale, and buyers are afforded access to the development’s exclusive amenities, including a 500-meter-long beach, an aqua park, restaurants, and many more. Another Landco project offers a house and lot for sale in Batangas is Playa Laiya in San Juan. 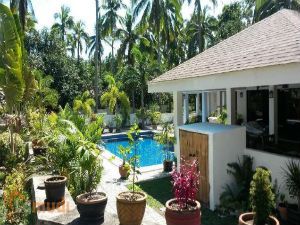 Beach-front homes are not the only real estate types available for homebuyers. Local developer Calmar Land has several family-oriented subdivision projects in the province, most notable of them include Sorrento and Neviare in Lipa City and La Ciudad Real in Padre Garcia. A three-bedroom house and lot for sale in Sorrento, for example, can be had for PHP 3.345 million, and buyers of this property are afforded access to the village’s many family-oriented amenities.

Filinvest Land is also another noted developer with strong presence in the province. Its project, Blue Palm Estate in Santo Tomas, which is close to the Southern Tagalog Arterial Road (STAR Tollway) and the South Luzon Expressway, offers very affordable houses for sale in Batangas.

Last but not least, Ayala Land subsidiary, Avida Land, has subdivision projects in San Pascual. Called Avida Settings Batangas, this subdivision development offers an affordable Batangas house and lot for sale, typically with two bedrooms, two bathrooms, which can be had between PHP 2.8 and PHP 5.7 million. Homebuyers in Avida Settings Batangas can enjoy exclusive access to its amenities, including a basketball court, a children’s play area, a multifunction hall/clubhouse, and swimming pools for adults and kids.