Santa Rita Aplaya, Batangas City
* Sale shall be on ""as is where is"" basis. * All offers are subject to Management approval. * Availability of units and prices are subject to change without prior notice. * Misprints should not be construed as misrepresentation of the property. * Lease offers welcome for all condominium units listed except those under "With Authority to Sell". Please call for price. For concerns, please visit your branch of account, call the Customer Contact Center or the BSP Financial Consumer Protection Department at (02) 708-7087. To learn more about our Consumer Assistance Management System, please visit www.bdo.com.ph/consumer-assistance. Vacant Lots
₱ 1,170,000
180 m²
Land Size
View Info
Contact Agent

Sorosoro Ibaba, Batangas City
Enjoy the Amenities of this Island Paradise Playa Laiya’s residential community is designed to offer both convenience and exclusivity. It is situated on a booming waterside hub where hotels, resorts, restaurants and shops complement a landscape of blue waters and lush flora. Everyone will definitely enjoy everything that this seaside destination has to offer. Celebrate life’s milestones at Playa Laiya’s Beach Clubhouse. Take the time off to spend a quiet afternoon at the Beach Park or walk along the beach and enjoy the park’s amenities with that special someone. Indulge in a fresh seafood meal accompanied by family and friends. Playa Laiya is truly a quintessential luxury seaside living masterpiece. Have your beach home right here. " The possibilities are endless and made more special at PLAYA LAIYA." #PlayaLaiya #Landco Land property for sale in Batangas City, Batangas
₱ 15,700,000
300 m²
Land Size
06/04/2022
Available From
View Info
Contact Agent

Alangilan, Batangas City
This commercial-residential classification of land is situated along the busy highway of Alangilan Batangas City.  If you are looking for a spot to start or expand a business, then this is a perfect investment for you.  Inquire now.
₱ 30,000,000
978 m²
Land Size
View Info
Contact Agent

Banaba Silangan, Batangas City
Selling Price: Php 8,000,000.00 Land Area: 1744.84 sq.m  Address: Lot 2875 Banaba South, Batangas City We accept cash payment, bank financing and thru Pag-Ibig. Reservation fee is P50,000.00 valid for 1 month, subject forfeiture and will be a part of the down payment. We require 30% down payment. 6% capital gains tax will be  shouldered by the buyer, and 3% by the seller for the transfer tax, doc. stamp, registration and transfer expenses. You may submit an Offer to Purchase Letter via email.
₱ 8,000,000
1744 m²
Land Size
View Info
Contact Agent

For Sale Vacant Lot in Batangas

lot for sale in batangas city!!!

Calicanto, Batangas City
All properties are offered on “As-is, Where-is” basis. Titles of properties are either under Seller’s name or under various stages of consolidation in the Seller’s name. Interested parties are therefore advised to check the title, the physical and legal condition of the property. Vicinity maps, lot and floor areas are approximates only. Property details including the lot plans and pictures, prices, and terms are subject to change without prior notice. The Seller reserves the right to pull-out any property anytime. Changes in prices are subject to the sole discretion of the Seller. The Selling Entity accepts no liability for the content of this communication, or for the consequences of any actions taken on the basis of the information provided. Interested buyers are reminded that all property is being offered for sale on an “As-is, Where-is” basis, and are advised to conduct their own due diligence."
₱ 9,626,000
447 m²
Land Size
View Info
Contact Agent

Barangay 12, Batangas City
Lot for sale in the heart of Batangas City with a one storey house 170 sq.m. Just a few steps away from P.Burgos St. (city main street) near commercial establishments and malls like NUCITI and Bay City Mall
₱ 5,000,000
170 m²
Land Size
09/11/2020
Available From
View Info
Contact Agent

Rawland near Port Area and Near Sto. Nino Village

Residential or Commercial lot along the highway near SM Batangas

Kumintang Ibaba, Batangas City
957 sq meters Tax Dec, 10k per sq meter still have some apartment in the place we sell. Near in Lyceum of the Philippines University also near in the SM Batangas.
₱ 9,570,000
957 m²
Land Size
20/07/2020
Available From
View Info
Contact Agent

Lot Only For Sale Located In Batangas City

For Sale Oil Depot in Batangas

Searching for a Low-Cost Area 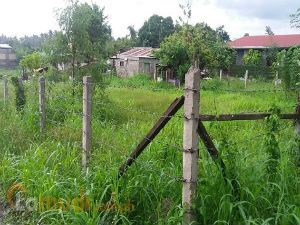 Batangas City is classified as a regional growth center in the CALABARZON region. This city was recognized as the Most Honest and Transparent City, so you can be sure that any dealings in this city would be a positive one. Batangas is one of the most competitive cities in the country today and the home of approximately 324,116 peace-loving, hospitable and hardworking inhabitants based on the 2015 census. This capital city is one of the nation’s top revenue earning cities and the site of one of the biggest refineries in the Philippines.

The City of Batangas is a coastal city lying at the south-eastern portion of the Batangas Province. It has a total land area of more or less 28,541.44 hectares and it is about 112 kilometers southwest of Manila. Travel time is approximately two to three hours through the South Luzon Expressway (SLEX) and the Southern Tagalog Arterial Road (STAR Tollway).

Batangas is known for many things: centuries-old churches, irresistible delicacies, a volcano within a lake, a strong accent, and the balisong (butterfly knife). More than anything else, the one thing that first comes to mind when Batangas is mentioned are its beaches. One of the most well-known beaches in Batangas is Laiya beach. Its long and wide stretch of fine sand attracts thousands and thousands of tourists especially during summer. Another is the Nasugbu beach and its multiple resorts, many of which have their own cove, such as Hamilo Coast and Punta Fuego, just to name a few.

Lot for Sale: Batangas City is a Green City

There are numerous lots for sale in Batangas City, which range from subdivision lots and vacant residential land to farm lots and even memorial lots. These lots can range in price from PhP 291,000 to PhP 75,000,000 depending on size, type, and location. One of the available lots is a 1,505-square meter property located in Cuta, Batangas available in the market for PhP 12,100,000. Another massive lot for sale in Batangas City is a 2,200-square meter lot in Tingga Taas that is perfect for both residential and commercial purposes. 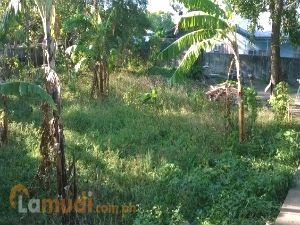 How to Get to Batangas City

Batangas City is made more accessible nowadays by Southern Luzon’s ever improving transportation infrastructure. The city is home to the Port of Batangas, which is perhaps Luzon’s second most important seaport next to the Port of Manila. It serves numerous oceangoing vessels that travel as far as Davao City and General Santos City in Mindanao. The aforementioned SLEX and STAR Tollway also connect Batangas City and the rest of Batangas Province to Metro Manila, while the newly Eco-Tourism Road that runs from San Juan to Lucena City makes travel to the Bicol Region faster and convenient.