House and lot For Rent in Batangas City, Batangas

Furnished 3BR House and Lot for Rent - The Mansions at PonteFino, Batangas City

Townhouse For Rent in PonteFino Residences

Pontefino Residence Pastor Village Gulod Labac Batangas City Gulod Labak, Batangas City
A very cosy place to stay with.With WIFI, Cable ready at all rooms, SMART TV - with Netflix & Youtube- and free access to the pool.Well maintained, Neat, Clean and organized home with a mini bar and family room at 3rd floor to unwind and chill.Since your safety is our utmost priority, the compound is safely guarded by a 24 hrs security personnel so you have nothing to worry while enjoying your stay.Near SM Batangas and Most Holy Trinity Parish.*Not Accepting Wedding Prep*
Contact agent for price
3
Bedrooms
250 m²
Floor area
View More Info
Contact Agent

House and Lot For Rent at Batangas City, Batangas

Gulod Itaas, Batangas City
Enjoying a central location in Batangas City!We offer our home to be your home with 24 hour security services, WIFI, TV Satellite and Free Pool Access.Our property is located in the heart of Batangas City, which is surrounded by landmarks and commercial establishments for all your necessities: Holy Trinity Church, SM Batangas and some restaurants.The spaceOur unit is only few steps away from the pool =).This unit are fully air condition.Spacious Master bedroom, features queen size bed, sliding mirror wardrobe, own toilet & bathroom ( with shower heater) and coffee table set with aircon.Bedroom one features one single bed and wardrobe with aircon. Bedroom two with one double size bed (common toilet & bathroom) with airconLiving room with sofa, dining area, kitchenette, common toilet & bathroom and smart TV with aircon.Free private parking is available.Guest access- Host will check the property upon check in and during check out.Interaction with guests-Once your reservation is confirmed, kindly send us names of the guest for gate pass purposes.Other things to note1) Pets are not allowed.2) Collection of garbage are from Monday til Saturday from 6:00AM to 8:00AM.3) Lost key will be charged 1000Php.4) No-smoking (inside the unit).5) Let our home be your home =) and we highly appreciate if you maintain the cleanliness of our home.6) Our representative will meet you at the unit to give the key.Rates: Daily Rent: Php 3,500 (minimum stay 2 nights) Montly Rent: Php 60,000
₱ 60,000
3
Bedrooms
85 m²
Floor area
89 m²
Land Size
View More Info
Contact Agent

Cozy home for rent for expat near batangas city

Blk 17 Lot 16 Pontefino Prime Residences, Gulod Labak, Batangas City Gulod Itaas, Batangas City
This two-storey, 4-bedroom corner lot townhouse is a full-option listing located in a fast developing area of Batangas City.The Vicinity has round-the-clock security and Pontefino Hotel is located in its compound. It is very close to the Holy Trinity Church, SM Batangas,and Nazareth Hospital. The space The house is fully furnished and has the following: -1 master bedroom w/ aircon, toilet (w/ heater) -2 common rooms w/ aircon -1 common room w/ wall fan -2 common toilets (w/heater) -living area w/ aircon sofa and TV -kitchen with refrigerator Guest will have an access to the clubhouse and swimming pool. You will also be provided with cutleries, beddings, toiletries, and coffee. The Hotel Pontefino, Ginazel's and other restaurants are within a short walking distance. The neighborhood is safe and family friendly gated community. Near the gate are vast access of public transit. Daily and monthly rates as follows: *Php 70,000 for monthly rent stay *Php 3,800 for daily rent stay (minimum 5 nights stay) Please take note that the house is very clean. Please don't use outside shoes/slippers inside the house, slippers will be provided for inside of the house use. You can put your shoes/slippers inside the shoe rack cabinet just behind the main door.
₱ 70,000
4
Bedrooms
85 m²
Floor area
90 m²
Land Size
View More Info
Contact Agent

House for Rent in Lipa Batangas

Boy Bed Space For Rent, Along The Highway at Lipa, Batangas

50.3km
Tibig, Lipa
A new 4 bedroom up and down  house  and lot in camella homes Lipa Batangas.with Aircon in all rooms and living room.and with balcony and and carpark.extention at tge back for laundry room and dirty kitchen.
$ 700
4
Bedrooms
85 m²
Floor area
168 m²
Land Size
View More Info
Contact Agent 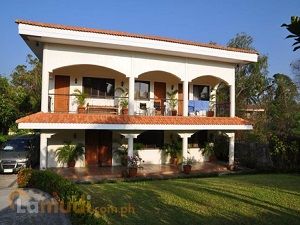 One of the fastest growing cities in the CALABARZON Region, Batangas City is also the capital and largest city of Batangas Province. As of the 2015 Census, it has a population of 329,874 people, which has grown 1.47 percent per year since 2010. As one of Southern Tagalog’s center for trade, business, and commerce, it is home to the Port of Batangas, Luzon’s second most important seaport.

Batangas City lives up to its title as an exciting and prosperous urban area. It is home to one of the largest oil refineries in the Philippines, Pilipinas Shell; three natural gas power stations; manufacturing facilities of top companies, namely, San Miguel Food Corp., JG Summit Petrochemical, Universal Robina, Himmel Industries, and First Philippine Industrial Corp., among many others; and it is also the province’s center for education. Transportation infrastructures in the city are also vastly improving; Batangas City is highly accessible from Metro Manila via the South Luzon Expressway (SLEX) and the Southern Tagalog Access Road (STAR Tollway).

Being the city that offers a multitude of opportunities to migrant workers and even students from neighboring provinces and islands, the city draws thousands of transient and migratory workers—all of whom will be needing quality and affordable houses for rent in Batangas City.

Finding a House for Rent: Batangas City Is Home

A house for rent in Batangas City is as diverse as its commercial and urban amenities. Given that the city has 105 barangays, a property hunter is sure to find a house for rent in Batangas City’s numerous villages, subdivisions, and gated communities. One of these communities is Residenza Milano, a 7-hectare residential project by Robinsons Homes situated in Brgy. San Isidro. Another developer with significant presence in the city is Vista Land’s Camella, which has two projects in the city: Camella Batangas City and Camella Solamente. When completed, these developments, along with many others, will offer plenty of houses for rent for transient and even long-term residents of Batangas City.

In terms of monthly rates, houses for rent in Batangas City are quite affordable. An example will be a two-bedroom single-detached house and lot situated in Mercedes Homes Sorsoro in Brgy. Sorosoro Ilaya. This property is available for PHP 6,000 per month.

Another house for rent is a two-bedroom two-bathroom single-attached property located in Preciosa Residences in Brgy. Santa Rita Karsada. This newly built property is close to hospitals, the public market, a branch of SM Hypermarket, and is situated within a high-end community. Its monthly rental rate is PHP 25,000.

Also in this price range is a one-storey house located just 10 minutes away from Batangas City’s downtown area. This property has three bedrooms, two bathrooms, and a garage big enough for two cars. This newly built house is on offer for a monthly rental rate of PHP 20,000.

Whichever reason one has for relocating to Batangas City, be it for employment, studies, or simply to experience the city’s relaxed yet exciting ambiance, people will find plenty of affordable yet quality houses for rent here. These homes range from townhouses or row-houses to single-detached homes within quiet communities, all of which are located near the city’s commercial areas, schools, and business establishments.