House and lot For Sale in Bataan

Ready to Move in. Fully Furnish House with Sea View and Mountain View

House and Lot For Sale Bataan

Beach House For Sale at Morong, Bataan in Strands subdivision

5BR House and Lot for Sale in Bataan - Anvaya Cove

House and Lot For Sale at Balanga, Bataan in Central Atrium Residences

Cataning, Balanga City, Bataan Cataning, Balanga
Move Right In to this lovely and spacious home. Step through the stunning granite stone flooring throughout the entry, living room, dining room, and kitchen. Then there is a cozy fish pond on the entrance. The best part is you have a downst...
₱ 21,130,930
4
Bedrooms
388 m²
Floor area
478 m²
Land Size
View More Info Contact Agent
8

Private Resort In Dinalupihan Bataan Near Subic For SALE! RUSH!

Living in a Historical Province

When one mentions Bataan, many would associate the province to an unused nuclear power plant, the Battle of Bataan at the onset of World War II in the Philippines, and the infamous Bataan Death March. Much has changed to the province since then, but although the province is not as economically strong as its neighbors, Bulacan and Pampanga, it is one of Central Luzon’s hidden gems, boasting of natural attractions that cannot be found elsewhere in the region.

Bataan is a peninsula jutting out of the South China Sea (West Philippine Sea) and enclosing Manila Bay. Geologically the province is an extension of the Zambales Mountain Range, which explains its mountainous interior and relatively flat coastline characterized by occasional cliffs, ridges, and headlands. In these areas one will find some of the province’s best beaches, including Anvaya Cove and Camaya Coast.

The center of the province is a protected area called Bataan National Park. This 23,688-hectare park is shared by the towns and cities of Hermosa, Orani, Samal, Abucay, Balanga, Bagac, and Morong, and is characterized by a huge caldera of an ancient volcano some 1,253 above sea level. On clear days, its highest point—Mount Natib—can be seen from Metro Manila.

Finding a Home in Bataan

When it comes to a house and lot for sale, Bataan provides its residents a relaxing and laidback lifestyle. Although the province may seem far removed from Metro Manila and the rest of Central Luzon, this could not be farther from the truth—highways and expressways connect the province to Pampanga, Bulacan, and Zambales. 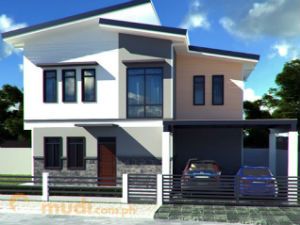 Its municipalities and lone city are also exciting places to opt for a house for sale in Bataan. Balanga—a city of approximately 90,000 residents—is a mid-size city boasting of heritage houses, old Catholic churches, and a colorful civic plaza facing the City Hall. The town of Morong, on the other hand, boasts of mountains, beaches, and tropical rainforests. Pilar is a mountainous town that is home to Mount Samat and the Dambana ng Kagitingan (Shrine of Valor).

Bataan House and Lot for Sale

A house and lot for sale in Bataan includes those developed by Lumina Homes, a Cavite-based real estate developer specializing in low-cost and economic horizontal housing and who has a project in Balanga; Pishue Realty and Development Corp., the company behind Canyon Residences; and Camella Homes, a brand under the Vista Land group who has two residential projects in Balanga and one in Orani.

But aside from these newly built subdivision developments, the province has plenty of foreclosed houses being sold and marketed by some of the country’s largest brokerages, including BFS, My Saving Grace, and major commercial banks.