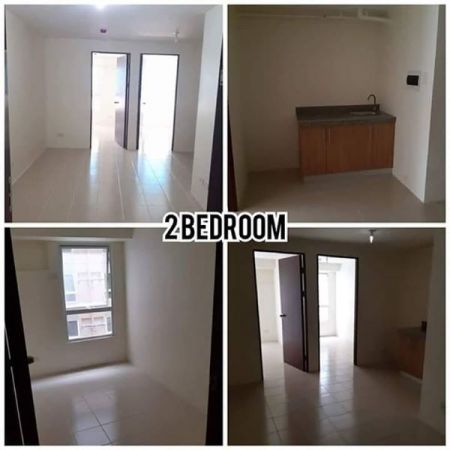 About Urban DECA Homes
The district of Tondo in Manila has earned a Â reputation for being a neighborhood shrouded in violence and crime. Â Throughout the years, these tales have continued to captivate the minds Â of many, including investors who have converted the district into a Â suitable residential area for the low- and middle-income market.
In Â keeping up with the economic growth of Manila, Tondo has grown into a Â residential area consisting of condominium developments. Locals and Â seekers looking for affordable housing in the district can consider Â Urban DECA Homes in Vitas Street. This condominium development combines Â affordability, comfort, and convenience for future residents to enjoy Â the condo lifestyle in Manila.

Why Urban DECA Homes is a Perfect Choice for You
Urban Â DECA Homes by 8990 Holdings, Inc. is located in Vitas Street, Tondo, Â Manila. The development is right in an area in Tondo where future unit Â owners and renters will have convenient access to neighboring districts Â such as Santa Cruz, Sampaloc, San Nicolas, Binondo, and Quiapo.
If Â you live in Urban DECA Homes in Vitas Street, you can utilize the Â jeepneys, tricycles, pedicabs, taxis, and the LRT Line 1 to get to the Â University of Santo Tomas, Far Eastern University, the National Â University, Lacson Avenue, the Sampaloc Church, Isetann Mall in Recto, Â Divisoria, Quiapo Church, Lucky Chinatown Mall, Basilica of San Â Sebastian, SM Sta. Mesa, SM San Lazaro, Tutuban Mall, and the Â educational institutions in Mendiola Street. You and your family will Â also have easy access to heritage sites all over Manila such as Rizal Â Park, Paco Park, The Manila City Hall, Intramuros, Fort Santiago, the Â Manila Cathedral, Casa Manila, San Agustine Church, the Manila Chinese Â History, and the Old Chinatown in Binondo.
Urban DECA Homes in Vitas Â Street in Tondo, Manila is a modern condominium development that Â combines history and economic progress in one thriving and easily Â accessible environment.

Urban DECA Homes Features and Amenities
Other Â than accessibility to prime locations in Manila and nearby cities, Â Urban DECA Homes also has facilities that cater to amusement and Â relaxation. These include a community mall, a multipurpose hall, Â childrenâ€™s playground, and pocket parks.
Future unit owners and Â renters will be safe and satisfied while savoring the outdoors through Â these amenities offered by Urban DECA Homes in Vitas Street, Tondo, Â Manila.Â

Special/Highlights Section of the Development
Urban DECA Â Homes by 8990 Holdings isnâ€™t only a modern piece of art and a symbol of Â Tondoâ€™s economic growth. In fact, this condominium development has Â 13,212 residential units that range from studio types to typical one- Â and two-bedroom types. With floor areas ranging from 22 square meters to Â 32.17 square meters, these units can accommodate students, young Â professionals, and families who want to move into Manila. Urban DECA Â Homes is also close to many transport terminals that conveniently lead Â to neighboring cities and key areas in Tondo.

About Tondo, City of Manila
Perhaps Â the most famous district in the City of Manila, Tondo has its fair Â share of history throughout the ages. Located in the northwestern corner Â of Manila, Tondo occupies 8.65 square kilometers making it the largest Â district in the capital.
While Tondo is notorious for its rough Â environment, the district is home to the northern half of the Port of Â Manila, the former landfill of Smokey Mountain, and the Santo NiÃ±o de Â Tondo Parish. Tondo is also the hometown of famous figures such as Â Andres Bonifacio, Lakan Dula, Asiong Salonga, and incumbent Manila Mayor Â Isko Moreno.

About 8990 Holdings, Inc.
Formerly known as IP Â Converge Data Center, Inc., 8990 Holdings was incorporated into an Â information technology and a telecommunications service provider in Â 2005. Then, in 2012, 8990 Holdings, Inc. disposed of its information Â technology and telecommunications business following its corporate Â recognition and acquisition by Iholdings, Inc., Januarius Resources Â Realty Corporation, and Kwantlen Development, Inc.
Through its Â subsidiaries, 8990 Holdings, Inc. operated as a low-cost developer who Â has portfolios all over Luzon, Visayas, and Mindanao. As of 2013, 8990 Â Holdings has completed 16 mass housing projects and over 14,000 housing Â units under their brands DECA Homes and Urban DECA Homes.

For Rent Urban Oasis Condominium along A bonifacio Quezon City 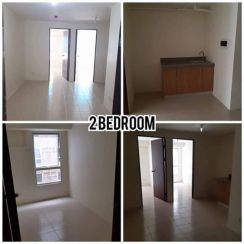