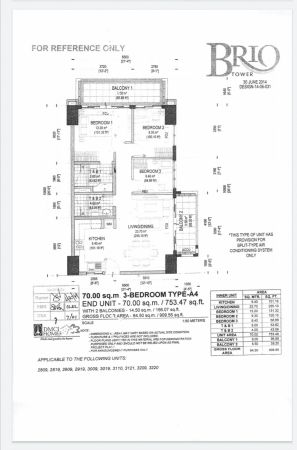 3BR in Brio Towers in Makati (near Rockwell)

2 units of 3BR at BRIO TOWERS

Brio Tower is the first project of DMCI Homes along EDSA, a thoroughfare to Makati Central Business District. It is a high-rise residential condominium located in Guadalupe Viejo, Makati City. This 30-storey tower sits on a total of 5,760 square meter land area.

There are 746 residential units consisting of 364 one-bedroom units, 334 two-bedroom units, and 48 three-bedroom units. It also has 616 slots for parking spaces. The design of the building is based on an Asian Contemporary architectural theme, a carefully-planned project for resort enthusiasts wanting a laidback suburban living in the middle of highly urbanized cities in Metro Manila.

Why Brio Tower is the Perfect Choice for You

Living in Brio Tower gives professionals a number of advantages. The location of the property is adjacent to some of the busiest districts in Metro Manila, such as Makati Central Business District, Ortigas Center, and Bonifacio Global City. Numerous bus stops and transportation areas are also within walking distance.

DMCI's Brio Tower has high-grade features and amenities suited to provide relaxation to its residents. These include the following;

The general facilities include 24-hour security, perimeter fence, and CCTV cameras for increased safety and security.

Five floors of the building are allotted for basement parking, which has an 82.57% parking ratio. The project also highlights its sky deck with lounges where families can enjoy the majestic view of the city's skyline.

There are a number of prestigious schools near Guadalupe Viejo, Makati City where Brio Tower is constructed. Some of these include:

The tower is along EDSA, which gives residents quick access to business establishments and shopping centers near the longest highway in the metropolis. Some of these malls and commercial centers are:

DMCI Homes is a premier real estate developer in the Philippines that focuses on providing resort-inspired residential communities. They have multiple mid-rise and high-rise projects across Luzon and the Visayas region.

In addition to Brio Towers in Guadalupe Viejo, Makati City, their other notable projects include Allegra Garden Place, Santori Residences and Fairlane Residences in Pasig City, Sonora Garden Residences in Las Pinas, The Crestmont and Cameron Residences in Quezon City, Aston Residences in Pasay City, The Atherton in Paranaque, and Mulberry Place in Taguig which received recognitions from well-known organizations in the industry.

More projects of DMCI Homes will soon be constructed in Dominga Street in Manila, Domingo M. Guevarra, and Sinag Street in Mandaluyong City and in Good Shepherd Road, Brgy Banawa, Guadalupe in the Queen City of the South, Cebu.

3 Bedroom Unit for Rent at West of Ayala Condominium, Makati 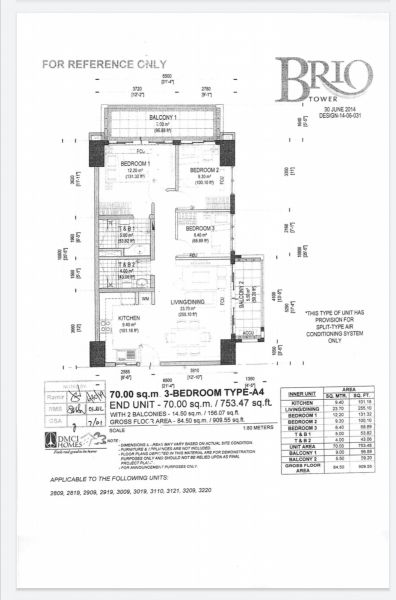